Mosquitoes and bed bugs may dominate the public’s pest discussions, but at this time of year, stinging insects like bees, wasps and fire ants are also top of mind.

Pest Management Professional (PMP) (@pmp_magazine) browsed its Instagram follower base and found a variety of unusual stinging insect stories among our readers. It’s not too late to share a photo or two of your gnarliest nest or near-miss stinging incident: Email us at pmpeditor@northcoastmedia.net and we’ll add you to our continuing online coverage. 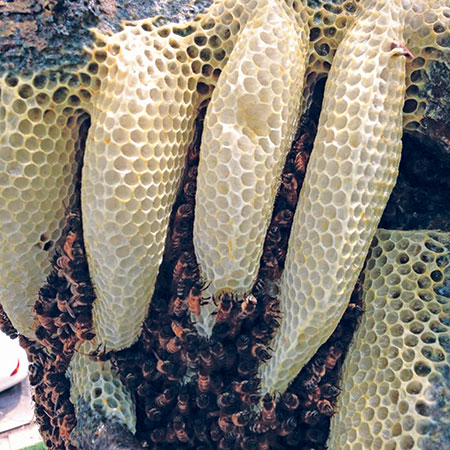 Last year, Lansing, Ill.-based Platinum Pest Solutions (@platinumpest1) removed this large bee colony near the top of a large tree. The nest was at a general pest control account on the south side of Chicago, and there were complaints that bees were frightening passers-by. Although the job took about 10 hours, the tech was able to bring it down intact by securing it with hooks, dollies and levers. “It was about half the size of a Ford Fiesta,” estimates Brad Stein, the company’s director of marketing and media relations. Stein notes that the nest, still full of honey and bees, was given to a professional beekeeper. 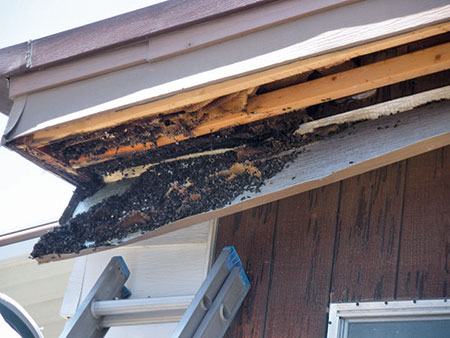 In May, Patrick Miller, president of Riverside, Calif.-based Antex Exterminating (@antex_exterminating), extracted a meandering bee colony in the eave and roof voids of a double-wide mobile home. “It was in the eave voids, stretching all the way to the peak of the roof and going into the master bedroom,” he says. “The client called when bees started popping through the ceiling. We also removed about 3 gallons of honey.” 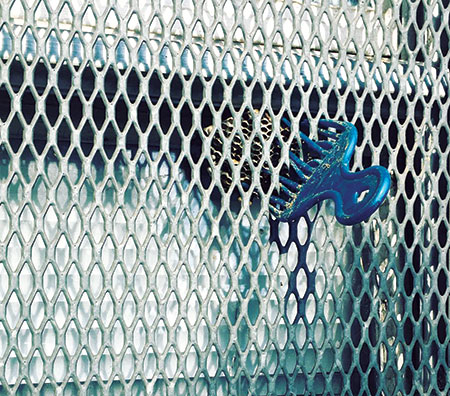 It’s not every day you see a paper wasp nest built behind a school window grate — with a random hair pick thrown in for good measure. Still, we’re glad that Andy Otero (@thewalkingdeadbug), president of Boston-based Oneway Pest Solutions, snapped a photo of it. 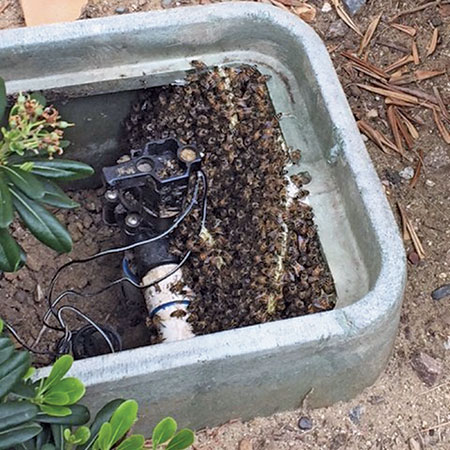 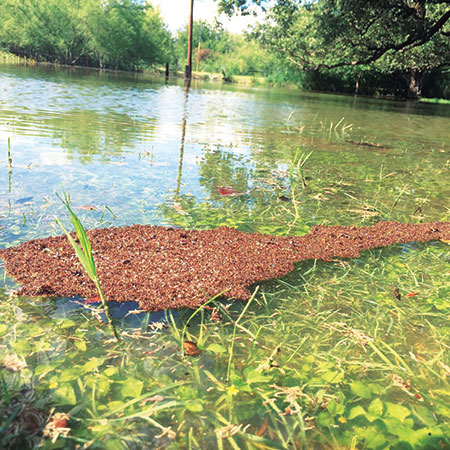 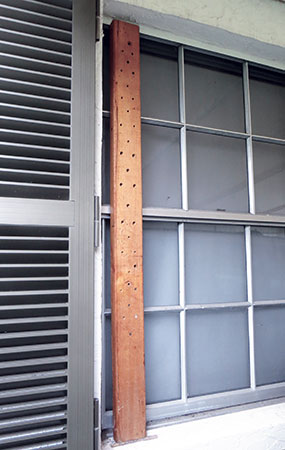 Dr. Gerry Wegner, BCE-Emeritus, continues to observe and photograph insects even in his retirement from pest management. He made a nesting board for solitary bees by drilling a thick wooden board with numerous holes of various diameters. The board rests in the recess of his garage window. “So far, my only takers have been little red-marked mason wasps (Pachodynerus erynnis),” he said in early June. He recently noticed the larval food provision by a mama mason wasp in one of the nesting holes, however: “The ‘larder’ appears to be little pyraloid moth caterpillars, paralyzed by Mama’s sting and ready for consumption by the young’un.” While Debbie Wegner laments that other people’s husbands are content to just put up a birdhouse, you can find more of Doc’s photos and descriptions of his stinging insect-attracting endeavors in an exclusive blog post at PMPPestTalk.net. Doc’s not on Instagram (yet), but he often posts insect sighting updates to his Facebook page.