Isotech Pest Management places a premium on being the best at what it does, which leads to interested prospects and satisfied clients. 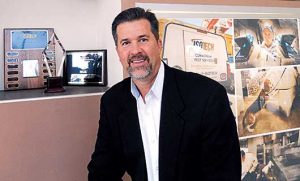 We are never going to be a billion dollar company, but we are going to continue to be a very specialized, high-end commercial pest management company,” President Mike Masterson says of his Irwindale, Calif.-based company, Isotech Pest Management. “Isotech is not for everybody, but it is for the employees who want to be the best at what they are doing.”

This rapidly growing commercial pest management company, which is adding about $1 million a year in revenue, is almost entirely devoted to commercial accounts. Masterson says his few residential accounts probably don’t even register when it comes to revenue.

One thing is for sure: Masterson has his own ideas when it comes to running this 12-year-old company.

“First comes building the service team,” he explains. “The most important thing is making sure that the people who will actually be doing the work are going to do exactly what you say they will do, because if you are selling something that can’t be provided, not only do you lose that customer, but you lose all of his or her friends.”

The infrastructure of the service company has to be there first, he adds, “so you can demonstrate to your client why you are the best there is.” Masterson says that is how a commercial company often varies from a strictly residential company.

For example, if you’re servicing an account that adheres to the American Institute of Baking (AIB) grading system for food manufacturing facilities, and the technician isn’t properly trained, “it could end up costing the manufacturer maybe thousands, or even millions, of dollars if they fail an audit.

“And that’s the hard thing with commercial pest management,” Masterson says. “It doesn’t come overnight, you have to build it.”

If Mike Masterson and Isotech sound familiar, it could be the two seasons of Verminators Discovery Channel aired in 2008 and 2009. The TV series chronicled some of the “horror accounts” Isotech treated, bringing professional pest management methods to consumers’ TV screens.

Editor-at-Large Jerry Mix can be reached at pmpeditor@northcoastmedia.net.

These top treatments are the lifeblood of the team

Healthy revenue gains are predicted for 2022