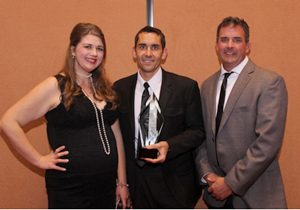 Family-owned EnviroPest was recently awarded with the Loveland (Colo.) Chamber of Commerce Small Business of the Year Award. This was its second consecutive year up for the award, having been nominated also in 2016.

The award was given based on overall profit, increased profit over previous years, increase in staff, and involvement in the local community. Nominations were submitted by Chamber of Commerce investors, and applications were reviewed and ultimately selected by a committee from the Chamber. EnviroPest was presented the award at the 2017 Annual Loveland Chamber of Commerce Investor Awards.