Truly Nolen Pest Control promoted Leo Gomes to sales manager of the company’s western region, with a focus on the Arizona and California service offices. Gomes will be based at the Phoenix, Ariz., administrative office at 2929 N. 44th Street, suite #320. 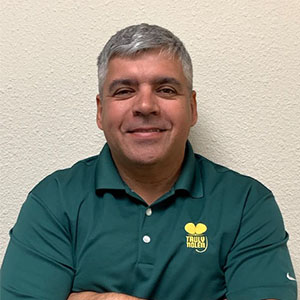 Gomes has been with Truly Nolen for 23 years and was most recently the district manager for Phoenix. He was also a commercial service office manager, residential service office manager, lawn branch manager and commercial district manager during his tenure with the company. Prior to joining Truly Nolen, Gomes spent three years in sales and shipping for a company based in New York City, N.Y.

“During my 23 years, Truly Nolen taught me a life goal and that is TGIM – Thank God It’s Monday!” says Gomes. “Why look forward to only two days a week when you can enjoy all seven?”

Gomes’ sales background and proven training skills within the company has him ready for the next challenge.

“I am looking forward to helping build a stronger sales culture within this region,” says Gomes. “I know success could come to many more of our team members by building new relationships.”

“Leo will be working with our Arizona and California sales managers and service professionals on their sales techniques, knowledge and skills,” says Justin Bellet, COO. “I know he will be successful in his new role, and I look forward to watching him develop his team.”