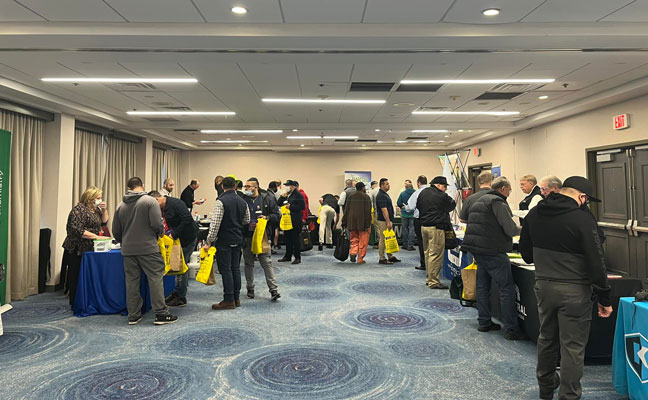 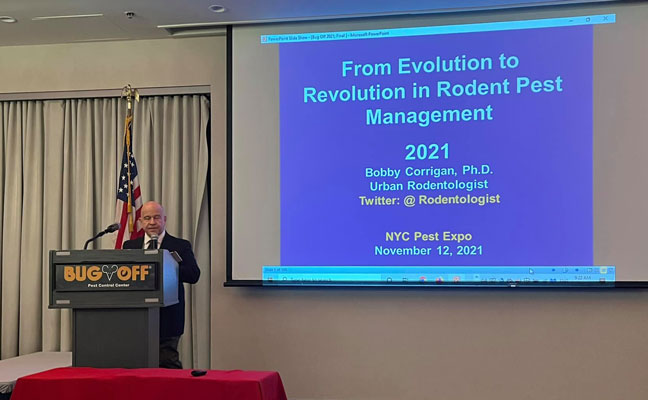 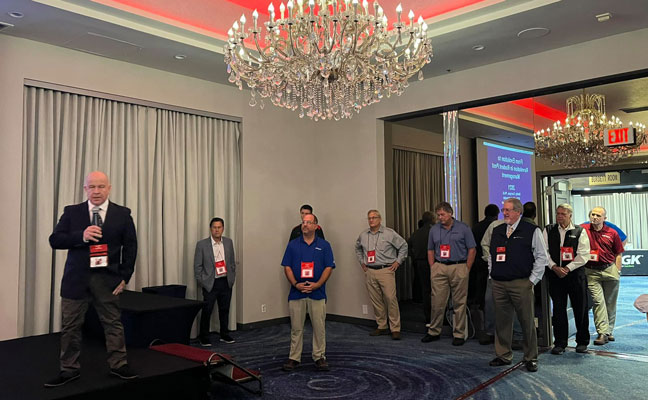 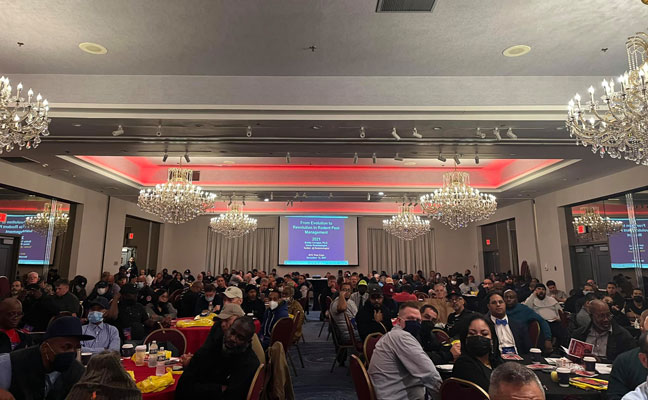 The number of New York Pest Expo attendees was the largest crowd in the last five years. PHOTO: PMP STAFF 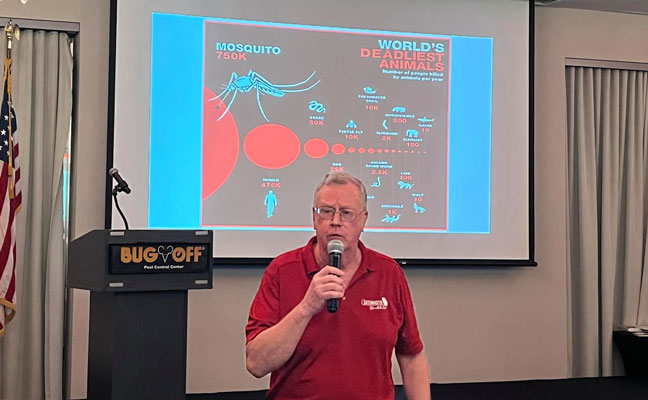 Dr. Stanton Cope discusses the historical impact of pest management on public health. Behind him is a list of the world’s deadliest animals, which includes mosquitos as the deadliest. PHOTO: PMP STAFF 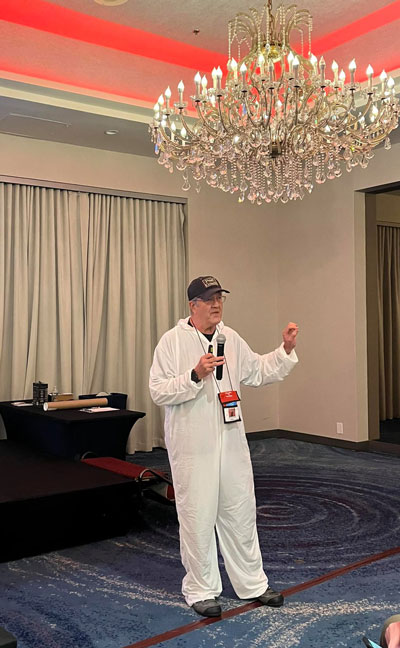 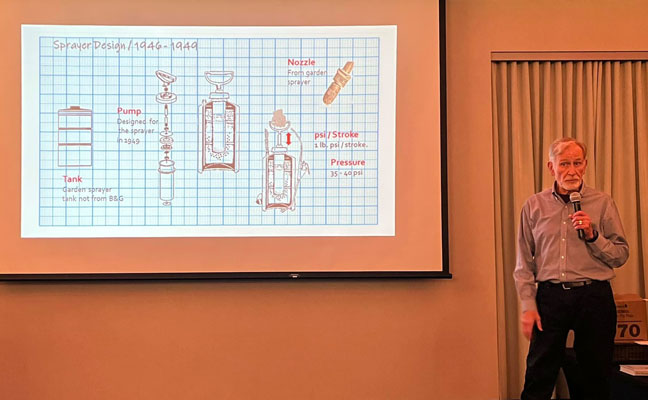 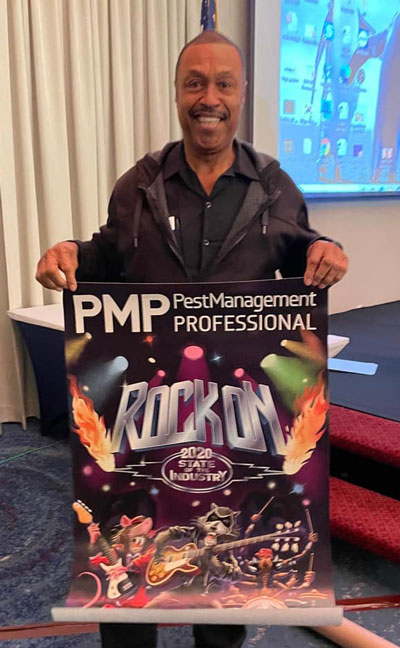 The Pest Expo is known for its many door prizes and product deals. Dwight Singletary, owner of D.S Exterminating in NYC, won a PMP magazine cover poster for being among the first attendees to say he loves rock n’ roll! PHOTO: PMP STAFF 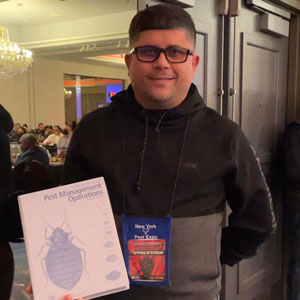 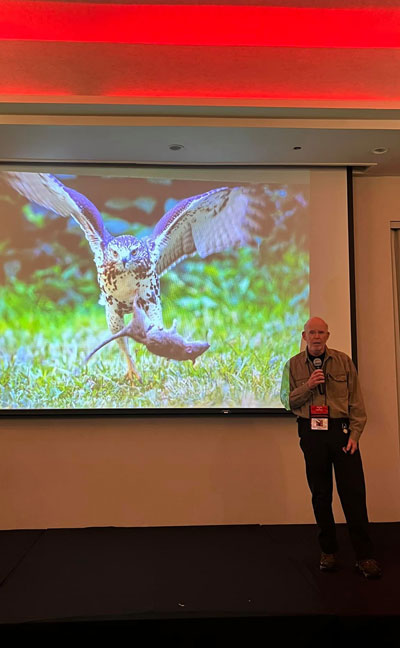 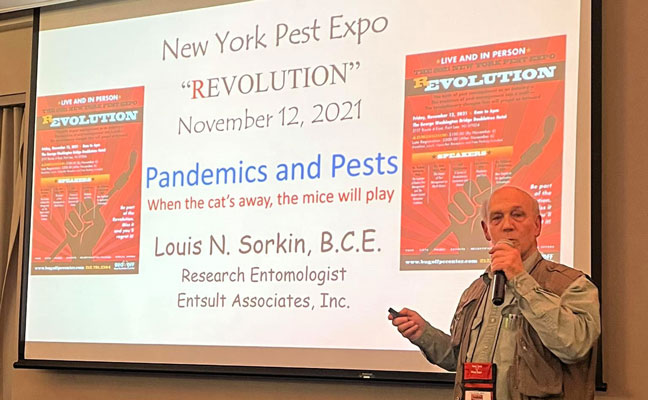 Lou Sorkin, BCE, presents with the theme of “pests and the pandemic.” PHOTO: PMP STAFF 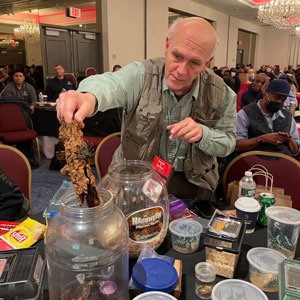 Per tradition, Lou Sorkin has an entire table in the ballroom filled with some of his live collection. PHOTO: PMP STAFF 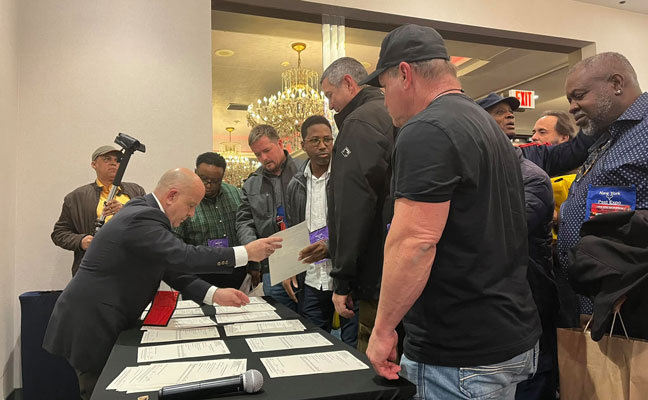