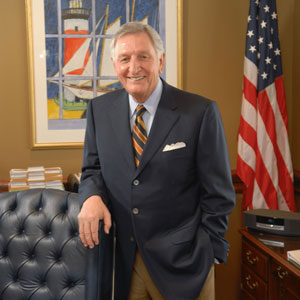 Massey Services’ retired founder, chairman and community leader Harvey L. Massey died Jan. 24 at the age of 81. In 1985, after working for Orkin and Terminix, Massey purchased his own business Massey Services. In 1985, he moved to Orlando, Fla., and purchased a stagnant 50-year-old pest and termite company for $3.9 million. Under his leadership, the company grew to a $350 million business in 2023.

According to the news release, Massey “leaves a legacy of service, care, and accomplishments. He was a man known for his thoughtful leadership, drive, and compassion. He was a mentor to many, a friend to all and a beloved husband, father, and grandfather.”

Born in the small town of Melville, La., he was a grandson of Italian immigrants and Missouri farmers. At the age of 18, he joined the U.S. Army Security Agency (ASA), where he served for three years before he was honorably discharged. While serving his country, Harvey met the love of his life, Carol Nisula, and they married on Aug. 24, 1963.

When creating Massey Services, Massey never aspired to creating the biggest company, “he wanted to be the best: to take care of customers and team members; to value relationships with vendors; to give back to our communities and the industry; and to challenge ourselves to find innovative solutions for our environment. He was immensely proud of Massey Services’ team members for their unending commitment and dedication to the company he created,” according to the release. 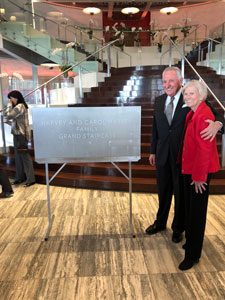 In 2018, Harvey and Carol Massey donated $3 million to the Dr. Phillips Center for the Performing Arts in Orlando, Fla. PHOTO: MASSEY SERVICES

Total customer satisfaction was not just a slogan for Massey. In the early 1990s, he was the first in the industry to offer a money back guarantee. He believed that if you told the customer you were going to do something, you did it; if not, they deserved their money back. He was accessible to any and all customers who contacted Massey Services with a concern and elected to keep his telephone number public.

An unwavering philanthropist, Massey and Carol formed the Harvey and Carol Massey Foundation in 2014 to solidify their commitment to being contributing members of their community. When asked why philanthropy is important, he would reply, “Philanthropy, at its best, is about caring, sharing, and giving back. When you think about it, aren’t these the attributes and qualities we all respect and admire?” He believed Winston Churchill said it best, “We make a living by what we get, we make a life by what we give. In other words, you can’t go through life with catcher’s mitts on both hands…sooner or later you have to throw something back.”

Harvey’s faith was his compass that guided him in the right direction. Not surprisingly, his favorite saying was, “Blessed are those who can give without remembering and receive without forgetting.”

He also gave tirelessly of his time and expertise in the community and served on many boards including Board of Governors for Stetson University, Board of Directors of Pontifical Irish College of Rome, Italy, Board of Directors for Florida Citrus Sports, Orlando Chamber of Commerce, Enterprise Florida, and Edyth Bush Charitable Foundation, to name a few. In recognition for his outstanding contributions, Harvey received countless awards included Mennello Museum’s Distinguished service award, Laureate in Junior Achievement Hall of Fame, Orlando’s Most Influential Citizen, Economic Development Commission’s James B. Greene award, the H. Clifford Lee Lifetime Achievement Award from the Association of Fundraising Professionals, and the Ernst and Young Entrepreneur of the Year. In 2016, he received the prestigious Horatio Alger Association of Distinguished Americans Award in Washington D.C.