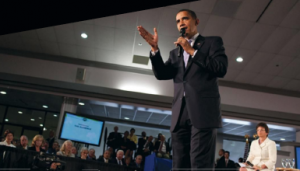 What changes can PMPs expect as a result of the recent U.S. Supreme Court decision?

“I think there was some good in it,” notes Joe Wilson, owner and CEO of PermaTreat Termite and Pest Control in Fredericksburg, Va. “For example, the 100-percent coverage for preventive care — that’s a good thing. Forcing the  insurance companies to spend at least 85 percent of their income on insurance coverage, I think, probably is a good thing.”

Wilson has solid background for his opinions: He has served on the insurance reform task force of his state’s Health Reform Initiative, appointed by Virginia’s governor, Bob McDonnell.

“Our job was to try to prepare Virginia for Obamacare,” Wilson recalls. “A lot of our work involved trying to get the skeleton set up for health exchanges. It was determined that health exchanges in Virginia would apply to 50 or fewer employees. “The number of employers providing health care insurance gradually has slipped from 67 percent to about 63 percent. But after looking at it, I don’t think it will have much of an impact on what employers do as far as furnishing insurance,” he adds. 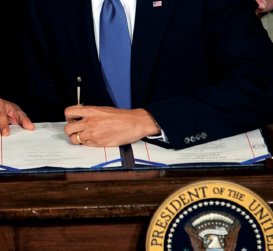 Wilson says if PMPs look at what has happened in Massachusetts, the actual number of employers that furnish health insurance has either remained steady or increased a percentage point or two.

“The reason for that is that the health care exchange didn’t attract the number of people that they thought it would,” he explains.

The current Act requires states to setup health insurance exchanges by 2014. This, in effect, sets up a new marketplace for individuals and small businesses to buy health coverage. The federal government will operate an exchange to serve workers in states that opt not to create their own exchanges by January 2014.

Uncle Sam will operate a federal exchange to serve workers in states that opt not to create their own exchanges by the deadline. At press time, Florida and Louisiana already have said they will not participate. The deadline is 18 months away and many managers are just starting the compliance process. For starters, fixing future costs can be complex. But there are things PMPs must do now to prepare.

Starting this year, PMPs must begin to report the aggregate cost of their employer-sponsored coverage on their workers’ 2012 W-2 forms (the ones issued in January 2013). Some employers might have chosen to report those figures starting with their 2011 W-2 forms issued this past January. However, it no longer is optional.

That probably will erode further. We keep cutting back, raising deductibles,
and it seems to work each year, but it’s a little more
difficult — and it’s unsustainable.”

Kevin Chick, director of human resources and safety for Guardian Pest Solutions in Duluth, Minn., says Guardian insures its employees at 90 percent — after a 90-day waiting period — and offers family coverage as well. In addition to its Minnesota-based workforce, Guardian has employees in North Dakota, Wisconsin, Iowa and Michigan. Waiting times to qualify for health insurance will be shorter. The Act requires amending any existing coverage to reduce waiting periods that are longer than 90 days. Insurers have to prepare for that this year. And a family of four earning up to $92,200 can qualify for help paying for coverage.

Female employees get special provisions under the Act, which requires 100-percent coverage of women’s preventive services when performed by an in-network physician. Plans have to offer, without member cost-share:

The U.S. Department of Health and Human Services (HHS) is charged with publishing annual reporting requirements for group health plans and insurers offering group and individual coverage. This goes beyond dollars
and cents. The reports must provide information on how health outcomes improve through the plan’s quality of care provisions; implements activities to prevent hospital readmissions; implements activities to improve patient
safety and reduce medical errors; and implements wellness and health promotion activities.

At press time, HHS had not yet issued the forms or details of what must be reported. Your insurance
company should handle this for your firm.

Insurers must provide a summary of benefits and coverage (SBC) document to all enrollees and potential enrollees at specific times, including during enrollment and re-enrollment. The new rules also require 60 days’ prior notice to enrollees when a health plan or issuer modifies the terms of the plan or coverage and the change impacts a previously issued SBC. Per the final rule released by the U.S. Departments of Labor, HHS, and Treasury on Feb. 14, 2012, the requirement is effective for open enrollments that begin on or after Sept. 23, 2012.

“You deal with your insurance company through brokers,” Wilson explains, “and the problem with a company like PermaTreat is that we cover a wide area — about half the state of Virginia — so it’s hard for us to find one company that has a network that fills our needs. That narrows the competition; we only have two or three carriers that I can go to for coverage.

“The other problem is not being able to shop across state lines,” Wilson continues. “In North Carolina, you
can’t go across state lines and get a quote from another insurer — and from a Blue Cross Blue Shield — you just can’t do that.”

Guardian’s Chick goes for information on dealing with new insurance requirements to both its brokers and insurance company. He reports no problems such as Wilson mentions, but does point out, “We don’t know yet just what the options are” for the company.

According to Eric Pritchard, a partner in the Philadelphia-based law firm of Kleinbard Bell & Brecker LLP, “Opponents of the law, including 26 states and the National Federation of Independent Businesses, argued that the individual mandate was an unconstitutional attempt by Congress to compel citizens to purchase insurance.”

The court agreed, as Pritchard pointed out, by a slim majority, that the individual mandate was,
in fact, unconstitutional under the Constitution’s Commerce Clause. However, the penalty assessed against those
who failed to obtain the required insurance might reasonably be characterized as a tax, the levying of which does fall within Congress’ constitutional taxing powers.

“In this case, however,” wrote U.S. Supreme Court Chief Justice John Roberts in delivering the majority opinion, “it is reasonable to construe what Congress has done as increasing taxes on those who have a certain amount of income, but choose to go without health insurance. Such legislation is within Congress’ power to tax.

Roberts’ joining with the more liberal members of the U.S. Supreme Court (Justices Stephen Breyer, Ruth Bader
Ginsburg, Elena Kagan and Sonia Sotomayor) was unexpected, and unless this fall’s election brings a change in the political balance and a legislative repeal of the law, it will become effective in 2014.

Asked specifically about the U.S. Supreme Court decision, Wilson says, “John Roberts was viewed as a traitor by the conservatives, but the fact of the matter is, he hit the nail on the head: President Obama has been telling us all along that it was not a tax. Chief Justice Roberts came out and said it is a tax, and he federal government can no longer duck behind ‘that big tree called the Commerce Act’ to force people to buy things they don’t want to buy.

“The federal government has been telling us what kind of light bulbs we can screw into our sockets, what kind
of toilets we can put in our bathrooms, and on and on,” Wilson adds. “So I think Roberts helped us all by saying to Congress, ‘You can’t use the Commerce Act to force things down people’s throats.’”

Kleinbard Bell & Brecker’s Pritchard also points out employers “will have to wait and see whether the potentially significant increases in health care premiums forecasted by some economists will actually occur,” and whether there will be options for employees to share some of the costs — perhaps through co-pays and their own contributions.

The health care bill forces businesses to provide health insurance, regardless of whether they can afford it. Beginning in 2014, employers with more than 50 employees will be required to offer coverage or pay a $2,000 fine per employee if just one employee receives a subsidy to purchase insurance through newly created state health insurance exchanges. A firm’s first 30 employees would be subtracted from this penalty payment calculation.

“I don’t see it impacting us short-term,” Wilson says. “Long-term, I see it being a situation where employers will have to bail. I think PPACA is so complicated, has so many uncertainties, that [Congresswoman Nancy Pelosi, D-Calif.] was laughed at when she said, ‘We have to pass it to find out what’s in it.’ And that’s the truth. … That’s the way it has worked out.

“In Virginia, we have 700,000 people on Medicaid,” he continues. “In October, under PPACA, we’ll have another 400,000. That’s one out of every seven Virginians on Medicaid. Medicaid already represents 16 percent of our state budget.”

The U.S. Chamber of Commerce states the new health care law “expands health care coverage, but fails to address skyrocketing health care costs,” adding that in 2009, the federal government was already “on the hook” for $36.8 trillion in unfunded liabilities for Medicare — and now a new $1 trillion entitlement has been created.
Harler, a Cleveland-based freelancer, can be reached at curt@curtharler.com or 440-238-4556. Stevens, a Minneapolis-based freelancer, can be reached at 612-871-3698.

- Arrow sponsors CHOA parade for 20th year
This article is tagged with Affordable Care Act, healthcare and posted in Business