Editor’s Note: The following is a statement from Leonard Douglen, executive director of the New Jersey Pest Management Association. 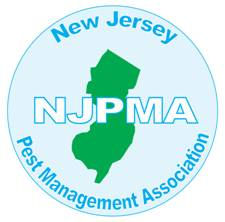 LIVINGSTON, N.J. — Herman Ratner passed away on Sept. 2; he was 95.  Herman was the owner and operator of Ratner Pest Control serving South Jersey and a founding member of both the National and New Jersey Pest Control Associations. He served as president of NJPMA in 1958.  He sold the company his father had started in 1926 to Western Pest Control in 1982; at that time he had 52 employees.

Herman was born in Atlantic City, NJ in 1916. He started working for his father’s business in the 1930s when bed bugs and rats were the biggest problems. Herman told of how they used cyanide “cyno-eggs” to produce cyanide gas to get rid of bed bugs for a dollar per room.  Twice, Herman had to drag his father “Swifty” out of the front door having succumbed to the cyanide. At age 28, Herman joined the Army Air Corps during World War II and after the war returned home to work the family business.

Herman called his service technicians the “Gentlemen in Blue” and used parodies of radio and later TV shows to advertise the business on radio.  When he sold Ratner Pest Control, it was the largest company in South Jersey. He retired to Margate NJ and was very successful in the stock market.  He used his gains to support many local and international charities and also was always willing to help a friend or former employee.

Remembered as a generous man, Herman’s graveside service was attended by former employees as well as the wife and daughters of Tulio Gabos, now deceased, who served as NJPMA President in 1968.  Herman was a “Gentleman” himself with true care and concern for his employees and customers. He was a credit to our industry, and will be missed.

Off to the (cockroach) races with the NJPMA