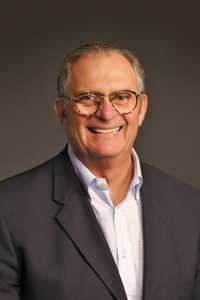 How many years have you now been in the industry?

The year 2013 will mark 52 years that I have been in the pest management and lawn care businesses.

Over the years, how has the industry changed when it comes to working with regulators like the U.S. Environmental Protection Agency (EPA) and others?

I worked very closely with [fellow Hall of Famers] Bob Russell, from Orkin, and Charlie Hromada, Terminix, who were great mentors of mine with regard to relationships with Congress and the EPA, after the latter was established in 1970. We also worked tirelessly on the amendments to the Federal Insecticide, Fungicide & Rodenticide Act (FIFRA) in 1972.

Through the progressive efforts of the National Pest Management Association (NPMA), Bob Rosenberg’s leadership, as well as many other contemporaries of mine, the pest management industry’s reputation in the regulatory community has grown through sincerity and integrity over the years. It is my opinion that in working with regulatory leaders in the EPA and at the state level, our industry has grown in stature and leadership over these several decades.

This year, you are president of the Professional Landcare Network (PLANET). How is that going?

It has been an exciting year for me to be serving one of the two industries to which I have dedicated my entire life. (Editor’s Note: Goldenberg served as president of the NPMA, then known as the National Pest Control Association, or NPCA, in 1978-79.) PLANET is a growing and going organization with excellent volunteerism and tremendous leaders, many of whom operate very large landscape management and design firms in addition to the lawn care application companies. As in NPMA, PLANET members are very strong in their beliefs and traditions. Both are relying on ever-increasing changes in technology, along with social media, to improve and increase market share in their respective communities in which they live and work.

Are there any legislative/regulatory issues on the table that might affect professionals who work in both industries?

There continue to be threats in voiding the state preemption for pesticide use in some states. There are several states that don’t have state primacy with regard to the regulation of pesticide application, licensing and notification. This could become serious if local governments in those states develop greater standards for licensed pest management and lawn care companies.

A few states that have preemption seem to make attempts each year by having activist groups overturn state preemption and allow local municipalities the option to regulate our industry. We’ve seen this in the management of nutrients (fertilizers), where local governments have intruded by creating a patchwork of regulations that make it more difficult to perform our services.

1. Preemption, as indicated above, is always a serious threat. Also, tighter application restrictions on some of the family of pesticides we use are always present. A good example is the recent label change in the application of pyrethroids, which might require a different product to be used in its place.

2. The recent change in the use and placement of rodenticides, which has necessitated label changes that make it more difficult to control rodents on the exterior of buildings, has not been beneficial — to the detriment of our customers. Although a moderate change has been recently negotiated with the EPA, there are still restrictions on the placement of these products on the exterior of buildings.

3. Water shortages are resulting in greater restrictive requirements for nutrient application with some local governments providing bans on the timing of application, content and ingredients of the products, and varying distances from bodies of water that vary from city to city in some geographical settings.

What are three opportunities for the pest management industry?

The opportunities continue to exist in the relationship-building and advocacy positions we make with policymakers — both elected and appointed. Building proactive programs and using science-based facts are essential, though unfortunately, not looked at favorably by our adversaries who would rather rule on perception and anecdotal hyperbole. Continuity in forming coalitions with activist groups will be important as we move forward to strengthen our industry.

Top three industry achievements to date:
Service to NPCA (now NPMA) as its president, serving as president of PLANET (Professional Landcare Network), and the culmination of efforts to illustrate the public health and environmental benefits of the services we provide.

Jerry Mix was editor/publisher of PMP until his retirement in 2004. Contact Mix, a member of the PMP Hall of Fame (Class of 2005), at jnmix@aol.com.