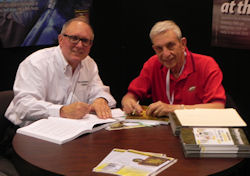 Dr. Austin Frishman and Paul Bello teamed to co-author The Cockroach Combat Manual II. The writers signed numerous copies for readers at the PMP PestWorld 2013 booth, where the book was not only well received — it sold out.

A PestWorld book signing was hosted at the PMP Magazine booth, where readers had the opportunity to purchase signed copies.

The authors thought they had shipped an adequate amount to PestWorld; however, this was not the case: They sold out on the second day. 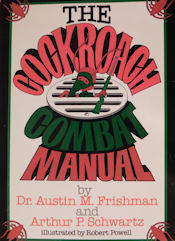 The cleanout came courtesy of Andy Lineras of New York’s Bug Off Pest Control Center arrived at the booth, asking “How many do you have left?” — which he followed with “I’ll take them.”

Thus, copies of The Cockroach Combat Manual II will be available Nov. 14 at the annual New York Pest Expo at the New York Armory in Manhattan. The book is also available from Pest Management Professional and other industry outlets. 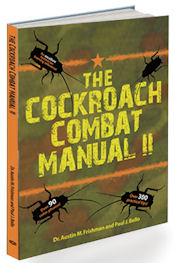 The Cockroach Combat Manual II features color photos, more than 400 practical tips and is an excellent training and reference manual.

PestWorld 2021: A celebration of reconnection