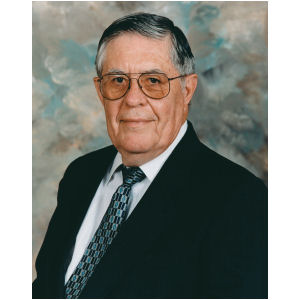 The San Antonio, Texas, native was the son of biologists who relocated to West Lafayette, Ind., when he was 9 years old — the home of Purdue University. His father became friends with fellow Hall of Famer J.J. Davis, and young Walter grew up around entomology, even cleaning rodent cages at the campus labs.

After graduating from Purdue in 1950, he became a cereal chemist until the plant closed a year after he took the job. In Indianapolis, he became a serviceman for Pest Control Services, under fellow Hall of Famer and originator of the Truman’s Guide to Structural Pest Management Operations, Dr. Lee Truman. Walter worked his way up to becoming service manager of the firm.

Walter eventually returned to his Texas roots, purchasing a Terminix branch in the town of Harlington. During that time, he served as chairman of the Structural Pest Control Board of Texas, and was given License No. 1.

After a brief detour as technical director of Terminix in Memphis, Tenn. (and at the urging of wife Margerie, who wanted to go back to the Lone Star State), Walter served as the Southern coordinator for Industrial Fumigant Co.

In 1982, he became co-owner of Abash Pest Control in McAllen, Texas, until they sold to Terminix 10 years later. Through it all, Walter was considered a respected industry educator and expert witness. He participated in a number of industry organizations, including the National Pest Management Association’s (NPMA’s) government affairs committee. He also served as a columnist for PMP (then Pest Control) magazine from 1981 to 1994.

On a personal note, this author offers condolences to Margerie Walter and her children and grandchildren. I last spoke with Mr. Walter in September by telephone. As a Hall of Famer since 2001, he had a standing invitation to every ceremony. And although he was ultimately unable to attend, he at the time was toying with the idea of driving in to Phoenix. During the course of our conversation, it was clear that retirement had not prevented him from keeping up with his interest in the industry. He will be missed.

- NPMA, industry mark another milestone year
This article is tagged with memoriam, PMP Hall of Fame, Terminix and posted in News, The Buzz Online