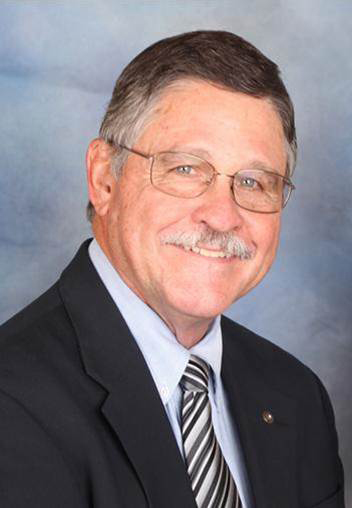 Were you fearful of pests as a child? No. My father raised bees, and I had squirrels as pets.

When and why did you first fall for the business? In 1965, I was working as a junior cost accountant for Reynolds Metals in Richmond, Va. I had a pregnant wife and a car that was old and dying. I was 20 years old and making $300 a month. Buying a car was out of the question. I decided the answer was to get a job with a company that furnished a car. A friend of mine worked at an employment agency, so I went to him with my plan. He went through his files and said, “I have an opening for a manager trainee with Orkin.” “A termite company?” I said. “I don’t think so.” He told me to not be so quick to dismiss it: “It’s a good opportunity. Just make the interview.” So I went to the interview, and at the end I asked what kind of car they furnish. The answer was a 1963 Chevy Nova station wagon. With a baby on the way, this was the job for me.

How did you acquire your company? In 1982, I was Orkin’s Midwest regional vice president in Waukegan, Ill., and loving my job. I was returning from Atlanta after attending a meeting and detoured through Reagan National Airport (known as Washington National then), so I could rent a car and see my mother, who was living in the Shenandoah Valley of Virginia. I came through Fredericksburg on my way, so I decided to stop and visit Alfred Hall, an old friend who started PermaTreat Pest Control in 1967. Alfred had built a nice little business with six employees. When I complimented him on his achievement, he thanked me and said, “Let me sell it to you.” I laughed and told him I probably couldn’t afford it. He said, “You don’t know that. I will sell it for x dollars with 10 percent down and finance the balance over 15 years at 4-percent interest.” When I told Mr. Hall I didn’t have enough to come up with the down payment, he said, “Don’t worry. It’s in the checkbook, and that goes with the company.” We shook hands on the deal before I left town. Talk about being in the right place at the right time!

Define integrated pest management (IPM). It’s as simple as not relying on pesticides alone to handle pests. Include mechanical and other techniques available to control pests. If you asked 10 pest management professionals to define IPM, though, you’d probably get 10 different answers.

Does your company use IPM? We don’t allow our technicians to kill honey bees, for example. If we have to destroy a hive, we call in a beekeeper to remove the bees before we remove comb and honey. This is a good example of IPM at work. We also offer green pest management to customers who ask for it.

What are the three biggest obstacles facing the industry? The greatest challenge is hiring employees who will stick around for more than two years. When I was growing up, my dad’s advice was to get a job with a good company and stick with it. That advice is unheard of today. A young person entering the job market is estimated to change jobs at least seven times before retiring.

Another huge impediment to business is the federal government’s inability to function. Consumer confidence is at an all-time low, and economic recovery has been extremely anemic. Until Washington gets its act together, the economy will be sluggish. The government continues to print dollars to pump into the economy. The end result will be inflation. A better alternative would be to lower corporate tax rates to help increase business investment, thus creating more jobs.
Third, traffic has become a problem for companies that have their business located in large metropolitan areas. The metro Washington, D.C., roads are huge parking lots during early-morning and late-afternoon rush hours. It’s becoming more difficult for technicians to navigate. The population in our area is expected to double during the next 20 to 30 years, and we’re not building many new roads.

What are the industry’s biggest opportunities? Selling ancillary services to customers presents potential for increasing revenue. Crawlspace encapsulation, insulation, wildlife control and lawn care are being offered by many companies to complement their services. There are ways to increase the value of pest control service in customers’ minds. We need to move away from 10- to 15-minute service and determine what additional things we could do to endear ourselves to our customers and build loyalty, such as odor neutralizers, spider web removal and yard treatments. However, I’m concerned our reliance on selling ancillary services seems to be moving some of us away from our traditional bread-and-butter services of termite and pest control. Although PermaTreat’s revenue has increased year to year, the percentage of revenue contributed by these core services has been stagnant.

Mix served as editor and publisher of PMP for 20-plus years. You can reach Mix, a member of the PMP Hall of Fame (Class of 2005), at jnmix@aol.com

PMPs help in fight against MS