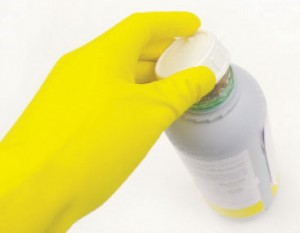 The growing number of infestations of bed bugs (Cimex lectularius) worldwide likely will bring a proportionately greater risk of pesticide poisoning. The Atlanta-based U.S. Centers for Disease Control and Prevention (CDC) analyzed data from the Sentinel Event Notification System for Occupational Risks (SENSOR)-Pesticides program, and it’s clear increasing misuse of pesticides is a concern. In September 2011, the CDC released its Morbidity and Mortality Weekly Report, which is derived from a national database of injuries and occupational hazards reported by state public health officials and poison control offices.

From 2003 to 2010, the SENSOR-Pesticides program and New York City Department of Health and Mental Hygiene collected reports of bed bug-control poisoning in seven states: California, Florida, Michigan, North Carolina, New York, Texas and Washington. They identified 111 injuries or poisonings, of which 90 were classified as low-severity, while one resulted in a fatality. Pyrethroids, pyrethrins or both were involved in 99 of the cases, including the only fatality reported in the 8-year period.

The numbers, however, hardly reflect the actual number of mishaps.

The good news is only two cases involved professional, licensed pesticide applicators. One case involved an unlicensed applicator. The vast majority (97 percent) was attributed to people attempting to handle pest control on their own, often ignoring basic safety and application instructions.

The most common contributing factors for insecticide-related poisonings were excessive application, failure to wash or change treated bedding, and insufficient notification before application. To qualify as an acute illness, the reports had to detail two or more serious side effects resulting from exposure to insecticide used for controlling bed bugs. The cases were categorized as definite, probable, possible and suspicious based on certainty of exposure, reported symptoms, and consistency of those symptoms with known toxicology.

Of the 111 total cases, 13 were work related. Of those 13, three involved people who applied pesticides, including two pest control operators, one of whom was certified. In four cases, workers were unaware pesticides had been applied, and two of them were hotel workers exposed when they entered a recently treated room. The other two cases involved emergency medical technicians who responded to a scene contaminated with what was believed to be an organophosphate pesticide.

In half of all cases, there were contributing factors. Those that contributed most frequently were excessive application of insecticide (18 percent).

The single fatality occurred in North Carolina in 2010. The victim was a 65-year-old woman who suffered from a host of health problems. At the time of the exposure, she was taking no fewer than 10 medications. After complaining about bed bugs, her husband applied an insecticide to baseboards, walls and the area around the bed, plus another insecticide to the mattress and box springs. Neither product was registered for use on bed bugs. He also released nine cans of insecticide fogger in the home. Two days later, he reapplied insecticides and released nine more cans of another fogger, ignoring label instructions to air out the treated area for 30 minutes. On both occasions, the couple left their home for three to four hours before returning. Additionally, the woman applied bed bug and flea insecticide to her arms, her chest, and her hair before covering it with a plastic cap. Two days later, her husband found her unconscious. She died nine days later.

Another case of insecticide misuse occurred in Ohio in 2010. An uncertified applicator applied malathion in an apartment five times in three days. The product, which wasn’t intended for indoor use, was applied liberally. Three adults and four children lived in the apartment. The 6-year-old child experienced diarrhea on the first day, followed by a headache and dizziness on the second day. Two of the adult residents, who were present during the applications, reported nausea, vomiting, headaches and tremors. Fortunately, the three younger children were in childcare during the applications and didn’t exhibit symptoms of poisoning. Each night, the children slept on sheets on the floor rather than on the saturated beds. When the 6-year-old’s symptoms persisted on the third day of application, he was taken to a hospital emergency room and decontaminated. The hospital lacked pediatrics specialty care, so he was transferred to the Cincinnati Children’s Hospital Medical Center (CCHMC) for evaluation. His pseudocholinesterase level was within normal limits, and he was given one dose of pralidoxime. The two adults were seen in a community hospital, treated and released. After their hospital visits, the family didn’t return to the contaminated apartment. The uncertified applicator pleaded guilty to criminal charges and was fined and placed on probation.

The CDC report, which shows an increasing trend in acute illnesses related to bed bug control, doesn’t include injuries to persons who used “Kill It With Fire!” In one instance, a couch doused with rubbing alcohol caught fire, leaving 30 apartment dwellers homeless.

The report’s major limitations are: