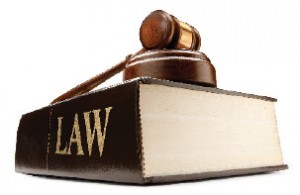 Arizona’s revised codes declare the following as public nuisances dangerous to the public health: “The presence of ectoparasites such as bed bugs, lice, mites and others in any place where sleeping accommodations are offered to the public.”
Hawaii’s resolution instructs the Department of Health to work with the state tourism liaison and
the Hawaii Hotel & Lodging Association to raise bed-bug awareness.

Illinois Compiled Laws states: “No owner or operator of a railroad shall permit any railroad car to be dispatched for the transportation of or occupation by passengers unless such cars is [sic] in a clean and sanitary condition and is [sic] free from cockroaches, body lice, bedbugs and other vermin.”

Referring to guestrooms, Kansas law specifies all infestations must be treated by a licensed pest control operator (PCO).
According to Maine’s beefier legislation, before renting a dwelling unit, a landlord must disclose to a prospective tenant if any adjacent units are infested with or are being treated for bedbugs.

Maryland law mandates that no one may operate a pest control business using a canine scent pest detection team to detect pests unless both are trained according to the requirements of the regulation and the business is licensed and certified.
Recent legislation in New Hampshire makes this declaration: “The general court hereby finds that bed bug infestations in buildings across New Hampshire cause measurable economic loss to property owners and occupants, as well as significant physical and emotional suffering to occupants … The lack of remediation of bed bug infestations increases the spread of the pest as occupants move from one building to another, and declares that the public interest requires that reasonable measures be taken to promote prompt and effective remediation.”

The 2013 Bugs Without Borders Survey further illustrates the growing concern. It reveals 99.6 percent of pest management companies encountered at least one bed bug infestation in 2013 and suggests bed-bug- infestation calls are more frequent during summer. Almost half of respondents reported infestations occurred most often in summer and least often in winter. Seventy-six percent said bed bugs are the most difficult pest to control.

According to two-thirds of respondents, the biggest customer-related challenge reported by pest management companies is uncleared clutter, followed by customers who don’t take advice (58 percent) and reinfestation (16 percent).