Word on the Web: Pigeons as pets, pests and problems 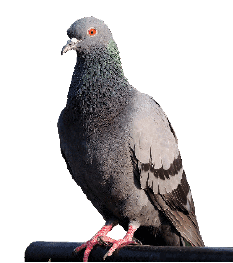 Sometimes the general public has a difficult time wrapping its collective head around the idea a bird, particularly the pigeon, can be a true pest as a disease vector, home to parasites and cause of serious property damage.

For example, many citizens of South Jordan, Utah, have jumped to the defense of Boris Majnaric, a passionate pigeon fancier whose backyard pigeon loft is scheduled to be torn down by the city.

A lawyer for Majnaric says they intend to ask the judge who issued the order to stay his order while an appeal can be filed in district court. (Majnaric also has a lawsuit pending in federal court.)

This saga began three years ago when neighbors began to complain about the abundance of pigeons in and around Majnaric’s home. As many as 300 pigeons have found sanctuary in his loft at the same time, though Majnaric claims only 40 as his own.
South Jordan charged Majnaric last August with three misdemeanors related to the size of his flock, banding and registering pigeons, and keeping them in a coop. The case is pending.

There’s no doubt many have lined up behind Majnaric’s cause because they see the forthcoming destruction of the loft an example of government overreach rather than an issue of public health. It doesn’t help that Majnaric, a 74-year-old retired teacher, is likable and has a storied history of loving birds since early childhood.