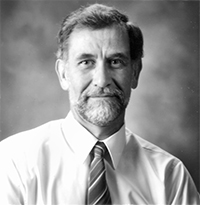 There’s no other place, company or location I’d rather be than B&G. I’m on a dream team of smart, technical people. I have two primary responsibilities:
1. I support the network of distributors of our products in the Asia-Pacific Region as a technical representative. As an academic, I spent a lot of time in that region and I fell for it. Plus, we have good industry distributors there.
2. I also serve as the company’s technical director, primarily to the professional division (we also have janitorial and retail divisions), in which I support our
U.S. technical representatives.

As a child, were you fascinated by or fearful of pests?

I grew up on the streets of North Philadelphia. I didn’t have time to collect insects, and the ones I saw weren’t interesting. My decision to become an entomologist was unromantic. Wrestling varsity as a freshman in college, my roommate and I didn’t know what to do. We decided the first course we received As in would be our majors. I finally got an A in biology, which was taught by an entomologist. Ten years later, I had a Ph.D. in entomology. I still don’t have an insect collection.

When did you first fall for the bug business?

The Bowco Labs termite control crew I joined as a technician (as a college kid) was comprised of genuine and hard-working people. My respect for and kinship with service technicians began in 1961. The pest control operators I worked with in Virginia during the early 1970s were the last of the cowboys and the first of the businessmen of pest control. They were good to me.

What’s your favorite aspect about the industry?

I’m pleased to work with many companies that have been passed down from generation to generation. I like that. The next generation leaders usually are business graduates. What they’ve done with their companies — because I can remember when the companies weren’t what they are now — impresses me. They seem to know it’s a business first; they can hire an entomologist when they need one.

How do you define integrated pest management (IPM)?

This concept was taken from agriculture and applied to professional pest control; it was never appropriate. How many people want their bed bugs managed, their termites managed? What were we integrating that wasn’t already obvious and probably being done (sanitation). It basically is a catchphrase that has no applicable definition for professional pest control. Dr. Bobby Corrigan has the best term for what we should be doing: situational-specific pest control — being trained to know chemical and nonchemical methods and smart enough to know when, where and how to use what. In the end, customers want pests gone. Just do it. 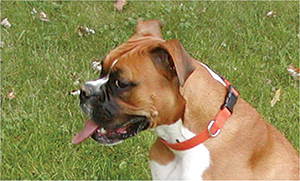 What are the largest obstacles facing the industry?

➤ Consumer confidence. I’ve answered questions from consumers on a website for a large pest control company for more than 15 years. If there’s one overriding theme to many of the questions, it’s safety: Will the treatment threaten them, their children and their pets? Despite the safety of the pesticides we use and the safety record of professional pest control workers, I sense there are many people who still believe the material we use will harm them; so we need to remove that fear or apprehension quickly in the process of gaining or keeping customers.
➤ Technician training. The next generation of service technicians will have to be trained better than we’re training this generation. We have guides and manuals that provide everything there is to know about a subject, but what technicians need to know is simply everything that’s important. On-the-job training is a common practice for new technicians, but I’m not sure this is a good idea. Experience isn’t always the best teacher, and the information passed on by the most experienced technician might be wrong.

What are the industry’s biggest opportunities?

Let’s take a hard look at 21st-century pest control. We’re good at what we do. We have amazing pesticides, and we can control just about anything that acts as a pest in and around living spaces. We have chemicals that are effective at low concentrations, and many aren’t threatening to vertebrates. We need to make the public more aware of the safety factor of how we control pests and reassure them we won’t threaten them, their children or their pets. We need to remove the adjective and mindset that seems to always precede the word insecticide: dangerous. There’s a society that wants and needs professional pest control without risk, and we can do that. Let’s tell them. 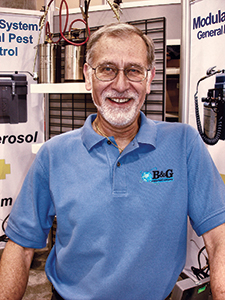 Title: Technical Director
Organization: B&G Equipment Co.
Years in pest management: 39
Industry mentors: I didn’t have anyone who provided specific mentoring, but PMP Hall of Famers Dr. Walter Ebeling, Arnold Mallis and Harry Katz each were accepting and helpful to me when I was the new kid on the block.
Three biggest industry achievements to date:
➤ Publishing almost 100 papers in industry magazines with my Virginia Tech students that summarize the research we’ve done about household and structural pests. We gave back.
➤ Organizing the National Conference on Urban Pests and the International Conference on Urban Pests.
➤ Seeing many of my graduate students enter the industry — starting pest control companies or becoming manufacturer technical representatives, regulatory officials or university professors.