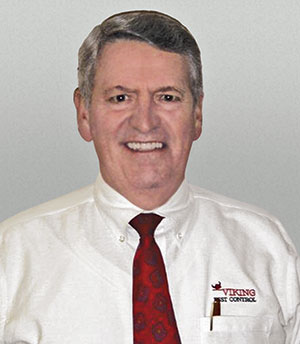 Ed Bradbury, CEO of Viking Pest Control in Bridgewater, N.J., is a marketing guy turned pest management guy whose entrepreneurial spirit shines brightly. Considering the success of his company, he can still be considered a marketing guy. And now, he’s officially a Hall of Famer.

After the Westfield, N.J., native graduated from Farleigh Dickinson College in 1968 with a bachelor’s of science degree in marketing, he worked in the transportation field at H&F Warehousing developing a warehousing system. While he was at H&F, the company grew tenfold.

During this time of growth, one of Bradbury’s college friends, who worked for Western Pest Services at the time, watched his management skills develop and suggested he interview with Western. He did, but turned down the job. Western called back a few weeks later and asked Bradbury to reconsider. He did. This was in 1974 when Western was about an $18 million company with a territory that stretched from New Jersey to Virginia Beach, Va.

Bradbury started as a branch manager at Western’s office in Mountainside, N.J., and also managed its termite division. As he moved up the chain, he was eventually promoted to run the Region I division, covering five offices. During his ascension, he worked for and learned from Regional President Joe Stise, until the latter was promoted to company sales director. Bradbury then worked for Stise’s replacement, Elwyn Nylander, for a year until Nylander had a non-fatal heart attack.

“We were sitting in a meeting,” Bradbury recalls. “He turned to me and said, ‘Take over.’ Then he went into the hallway and collapsed, so I ended up running the division he was in charge of.
“He was most influential to me,” Bradbury adds. “During a time when the industry had a lot of fly-by-nights doing business, he was all about ethics and treating the customers right.”

Before starting with Western, Bradbury had an opportunity to work with a food company called National Brands in New York City.

“The first interview went OK, but during the second interview, they said I had to be there by 8 a.m.,” he said. “To do that, I’d have to take a series of trains and the subway because I lived 15 to 20 miles outside New York City. It was hectic, and I didn’t want that lifestyle.” 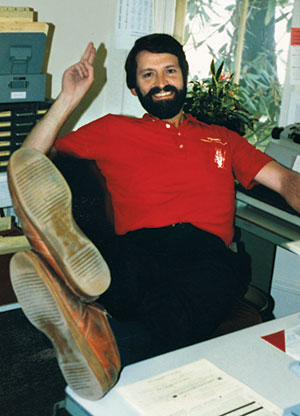 In 1980, Bradbury started Viking Termite & Pest Control, which he founded on the simple philosophy of providing value and quality to clients. In his first year, he generated $85,000. The next year, he doubled that figure, and in 1982, he doubled it again. Last year, company revenue was more than $20 million, coming from customers in New Jersey, New York, Pennsylvania, Maryland and Delaware.

“My wife, Eileen, was very supportive,” he says. “We had three kids at the time, and we had just sold our house and were building a new one. I was working 18 hours a day. I sold, serviced and did it all. Eileen helped out, increasing Viking’s commercial sales. She might have been one of the first female salespeople in pest control. Along the way, we’ve hired great people — some of whom are still with us today.”

The secret to his success? “I believe you must engage and empower your people because you can’t do it all on own. As a service organization, our product is our people.”

Growing organically and through acquisitions over the years, Viking has a mix of 62 percent residential and 38 percent commercial business. In 2008, Viking partnered with Copesan, an alliance of regional pest management companies that united as a single entity to provide quality pest control throughout North America. Viking, which is certified as a QualityPro company through the National Pest Management Association (NPMA), had continued to grow in double-digit percentages throughout the years.

Bradbury admits Viking offers no other products or services that another company couldn’t offer, so it must do a better job than its competitors. In doing so, Bradbury follows simple rules, such as showing up on time, looking professional, being knowledgeable about the trade and asking for the business. Viking offers a 100 percent guarantee for all the service it performs. Since 1980, he hasn’t laid off any employees — there are 210 now, some of whom have worked for Viking for more than 25 years.

“I enjoy people in the pest control industry, and I like building a company that offers services that help people and provides good jobs,” he says. “We offer good benefits, and it’s nice to see families grow with us. Some of their kids now work for us.”

In the beginning, Bradbury had grandiose visions for his company, but reality set in and for the first four years could only focus on the day-to-day operations. Then he was able to put a business plan together and stick to it. He started with basic pest control (rodents and insects). As time went on and the company grew, Bradbury wanted to expand his offerings and cross market to customers, so he added lawn care services.

“The problem we faced is that I wanted to be the best and give a 100 percent guarantee,” he says. “The margins in lawn care were slight, and that area of the business needed more investment. The pest control returns were better. As we grew that division, I recognized it was a distraction to our pest control, so we sold it for a nice profit and reinvested into the pest control side.”

Positive influences
While at Western, Bradbury’s fascination with entomology, as well as the control of pests and the laws and regulations related to pesticides, intensified. As such, he attended any professional development class — many at Rutgers, where he eventually helped create educational programs when he could. He became active in the New Jersey Pest Management Association and has served as president six times, along with several other positions, since 1980. He has also been involved with the national association, serving as regional director and on the board of directors, since 1984.

Bradbury says he has also gained a lot of entomology knowledge from industry consultant and fellow Hall of Famer, Dr. Doug Mampe.

“I looked to him for help,” he says, reflecting on his longtime friendship with the PMP columnist. “I could pick up the phone anytime and ask him a question and he’d help me. He’d even come out into the field with me and offer solutions. That was invaluable.”

And although he may not know it, John Cook, owner of Cook’s Pest Control in Alabama, has also had a significant influence on Bradbury. Years ago, Bradbury listened to Cook give a presentation at NPMA’s annual PestWorld conference about setting goals and growing a company 20 percent a year, doubling it within five years.

“As a result of listening to John, I got my employees to buy into the growth goals with a ‘Think Double’ campaign,” he says. “I encouraged them and gave them bonuses as we achieved our goals.”
Bradbury, 69, also has mentored others, specifically those coming into the industry with a similar background. About 15 years ago, the NPMA wanted to help others via a mentoring program, and Bradbury volunteered, working with others throughout the country. Within the state association, he is also always willing to help. 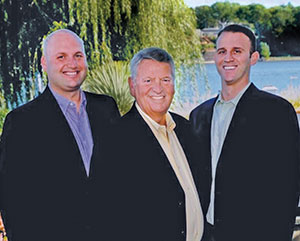 Beloved business
Bradbury and Viking also are involved in the community via organizations such as the American Heart Association, The Arc (for people with intellectual and developmental disabilities), the Special Olympics and the American Cancer Society.

“It’s important to give back to your community,” he says. “It comes back in spades.”

Because Bradbury enjoys the business, he says he’ll never completely retire. Son Ryan, 38, is a Florida State University alumnus who concentrates on the company’s operations and sits on Copesan’s board. Son Daniel, 34, is a University of Colorado graduate who focuses on marketing and advertising. Both run the business as co-presidents, and both started with careers outside the industry first. Ryan Bradbury worked for a major drug company and spent time as a stockbroker. Dan Bradbury worked for Avaya, a spinoff of Lucent Technology. Still, they started in the business working for Viking during summers growing up, and while in high school and college.

“They started at the bottom and worked their way up, so they have a greater appreciation for things,” says Bradbury, who still works 7:30 a.m. to 6 p.m. most days but takes a bit more time off than he used to. “I’m planning on working a lighter schedule, if not shorter days, in the future, which my wife is encouraging.”

John Walsh is a PMP contributor. You can reach him at jwalsheditor@gmail.com.