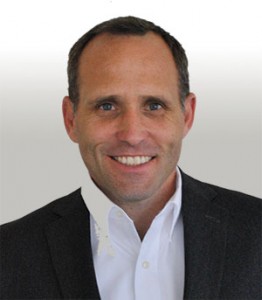 This month, publisher and editorial director, Marty Whitford, cedes his column to the newest member of the PMP’s team: Mike Joyce, senior account manager. Joyce shares three stories of pest encounters from his past, while making a solid argument against do-it-yourself tactics.

Dating back to my first ant farm and firefly collection, I fancied myself a master of the bug. I assumed, because I weighed 60 pounds and had a science lab kit, I could over power or outsmart any pest I encountered. Time and experience would prove otherwise.

Throwing rocks at a wasp nest while wearing a swimsuit as personal protective equipment probably isn’t the protocol being taught to the next generation of pest management professionals (PMPs). But at the age of 11, a friend and I thought our plan was foolproof. Phase one involved bombarding the nest with rocks so all the wasps would leave. Then when the coast was clear we would use sticks to knock it down. Once the nest was grounded, we’d spray it with a hose. The wasps would be forced to relocate. Our contingency plan was to run and jump in the nearby lake if the wasps attacked.

Impatient from waiting for phase one to provide the desired effects, we moved directly to phase two: whacking the nest with sticks as if it were a piñata. Needless to say, we were stung multiple times before reaching the lake.

Instead of being hailed a neighborhood hero, I learned of my severe allergic reaction to stings and was rushed to the emergency room. My friend and I also ended up paying for a window we broke during the rock-throwing phase of the operation. Lesson learned.

Every summer our family dog and cat would fill the house with fleas. My father — a fan of the do-it-yourself approach to everything — believed we could handle the problem with good old-fashioned home remedies. Everyone was assigned a role in this comedy of errors. My mom, sister and I would spread salt and baking soda over the carpet and then vacuum everything in sight, and my dad would give our dog and cat each a bath and shampoo outside. If these methods fell short (and they always did), my dad would bring out the ultimate weapon: a flea bomb, which forced us out of the house. This included the family dog and cat, which likely spent their day picking up new flea recruits to bring home. After many years of going through this routine, I realized relief only came with the arrival of winter … or a PMP.

… and on the road

Good night. Sleep tight. Don’t let the bed bugs bite. Every child has heard that bedtime warning, but to me bed bugs were like Bigfoot or the Loch Ness Monster. I’d never met someone who had ever seen one, much less been bitten by one.

That changed while traveling in Europe when I woke up after a night in a hostel with red bite marks on my arms and shoulders. (The girl who checked me in forgot to mention bed bugs were included at no extra charge.) I ended up throwing away my backpack and most of my clothes. I was paranoid the little monsters would hitch a ride home with me. I would later learn
bed bugs do not discriminate and are equally comfortable in luxurious hotels as well.

It’s no surprise my close encounters with bugs have led me to assume a less interactive role in the war against pests. I am much more comfortable interacting with manufacturers, distributors, and the PMP’s, far away from the trenches.

Thanks to the many folks in pest management who continue to share their time, expertise and insight. I look forward to seeing you at NPMA’s PestWorld in Orlando.

Joyce, PMP senior account manager, can be reached at mjoyce@northcoastmedia.net or 216-706-3723.

Joyce, PMP senior account manager, can be reached at mjoyce@northcoastmedia.net or 216-706-3723.