The years 2012 and 2013 were significant ones for Laura Simpson, owner of Dugas Pest Control based in Baton Rouge, La. After climbing the steps that lead her up the National Pest Management Association’s (NPMA’s) management ladder, she was named the association’s president on July 1, 2012. For Simpson, things looked rosy. 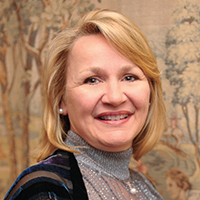 At the time, Rob Lederer was executive vice president (EVP) of the association. While he built the NPMA into a formidable organization during his 17 years at the helm, he resigned on Sept. 17, 2012 — a date burned into Simpson’s brain.

“There’s no question the NPMA was in a better place when he left than when he started,” she says. “He did a great job. We had more members and more respect for our profession.”

However, at that point in her presidency, Simpson had held just one NPMA board meeting.

“That’s when things got crazy,” she says, acknowledging PestWorld was five weeks away when Lederer stepped down as EVP. “Fortunately, we found out in a great way how competent and talented the NPMA staff is.”

During PestWorld, the NPMA’s board of directors named PMP Hall of Famer Bob Rosenberg interim director of the organization. Rosenberg had built a stellar reputation as the association’s vice president of government affairs. In December, Rosenberg was named executive vice president.

Grateful the association had returned to solid ground, Simpson also had to run a business, which she continues to grow.

“Dugas grew 17 percent last year and is on pace to grow by about 30 percent this year,” Simpson says.
A new salesperson the company hired about two years ago has helped fuel the company’s growth. Dugas also added a commercial salesperson in December.

“We didn’t have anyone out there beating the bushes in the commercial area,” Simpson says, adding 40 percent of the business was commercial. 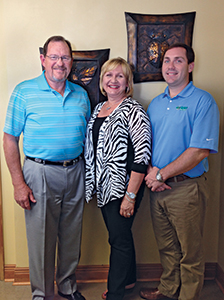 Dugas also expanded into wildlife trapping and exclusion work for rodents and wild animals, which has served as an add-on for many customers, while also attracting new customers.

To learn about wildlife, Dugas sent its general manager and service supervisor to ABC Pest Control in Houston for hands-on learning.

“We had to learn what they were doing, how they were selling it and how they were pricing it,” Simpson says. “Within a month, we were doing it ourselves. We’ve learned a lot on our own since then.”

For Dugas’ continued growth, Simpson is looking to one of the state’s industrial corridors that runs along the Mississippi River.

“It’s a special niche that’s all about safety with those companies; they have incredible hoops to jump through,” she says.

Simpson’s son, Jeremy Clark, is the company’s general manager, and her husband, Floyd Simpson, is the chief project officer. The duo helped run the company when Simpson was working for the NPMA, and still help her now. In fact, Floyd Simpson has an interesting background: He was the chief enforcement officer for the Structural Pest Commission in Louisiana. He and Laura Simpson had to get permission to date from the state’s commissioner of agriculture.

Laura Simpson started with Dugas in 1979 and in an interesting parallel, her dad, Doug MacPherson, was president of then National Pest Control Association in 1979 when he asked her to come work.

“I had never considered it before,” she says, but adds she’s glad she did. In 2003, she purchased Dugas from her father and takes pride in the fact she’s able to continue his traditions of quality service and association involvement. 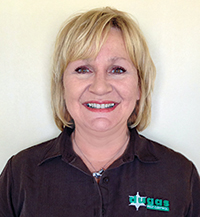 Mix served as editor and publisher of PMP for more than 20 years. a member of the PMP Hall of Fame (Class of 2005), at jnmix@aol.com.