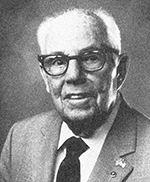 “We have to make sure we remain flexible enough to adapt to whatever changes nature and government throw at us. I want us to be the best pest management company in any market we serve, and do so in a sustainable way, with good people properly equipped and trained who are a credit to the reputation of the industry and a model for others. We have to make sure we don’t miss any trends that have a significant impact on the industry.”

That’s what Russ Ives thinks about his company, Rose Pest Solutions, a fourth-generation pest management company based in Troy, Mich. The company dates back to 1932 when Russ’s grandfather, Harlem Ives, started the company in Detroit with business partner Daniel Rose. When Rose was 91 years old, Harlem Ives made a down payment to purchase the company, agreeing to pay Rose $2,000 a year for as long as Rose lived. Rose lived to be 104. Harlem Ives retired from the company in 1968, but Russ’s father, Bill, came aboard in 1952 and served until 1995, when he, too, retired. During the 82 years the company has been in business, Rose Pest Solutions has served its customers with offices in Michigan, Ohio and Indiana. It also serves customers in Kentucky, Pennsylvania and West Virginia.

Russ Ives, who started with Rose in 1978, is president, and his brother, Jim, is Rose’s executive vice president. Jim Ives has been with the company full time since 1981. And Rose’s fourth generation is just around the corner. Russ Ives’ son, Jeff, is currently managing one of the company offices.

“The Ives family will continue to run the company. That’s our expectation,” Russ Ives says. “The company is well positioned.” 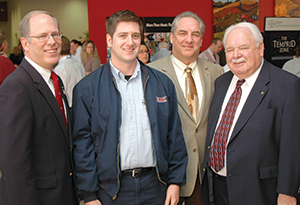 Rose Pest Solutions is a a fourth-generation pest management company that dates back to 1932. President Russ Ives is shown (from left) with his son, Jeff, his brother, Jim and his father, Bill.

About 20 years ago, the Ives family decided to exit the distribution business and focus on service. What the company is doing today in bed bug control regarding techniques, equipment and canine detection wasn’t part of its product line 10 years ago. Half of what the company does to control bed bugs centers on heat strategies.

“The older treatment methods killed bed bugs when they weren’t targeted, so we don’t have as many chemical barriers as we used to, and the chemicals we do have might be more limited when it comes to controlling bed bugs,” Russ Ives says, adding that bed bugs account for 12 percent of the company’s income compared to a few years ago when it was barely a market segment.

Russ Ives will move into the National Pest Management Association’s (NPMA’s) role of president in 2015, making the Ives family the first to have three generations to have led the association. Harlem was president from 1954-55, while Bill ran it from 1977-79.