Why is the bed bug the perfect parasite? Look at its profile:

■ While feeding, they inject an anti-itch compound so they feed while you sleep.

■ If you decide to sleep during the day, they’ll alter their feeding pattern to feed at that time.

■ To further ensure a second ground-zero bed bug dispenser point (the first being multihousing units), people have created organic chicken farms, where chickens aren’t exposed to antibiotics. Once bed bugs enter the premises, they reproduce uncontrolled, and millions develop. The chickens, when no longer productive for egg laying, are shipped in cages, along with bed bugs, to other vulnerable locations.

■ Bed bugs have no wings and depend on humans and birds to carry them to new feeding grounds. But it’s not a problem because birds migrate and humans travel globally. Even within one large apartment complex, bed bugs can climb onto people in one apartment and spread to several more within a day.

■ Bed bugs readily adjust where they hide based on the pattern of humans in their feeding range. They hone in on injured or sickly individuals. If a person’s resting pattern is to sit on a couch and watch TV, that’s where bed bugs harbor. It’s also a weakness in their behavior — we can find them in the same locations through inspection.

■ Bed bugs can endure long periods without eating. If an apartment is unoccupied for several months, you can bet the returning occupant will be attacked the first night.

■ Two conditions guarantee you can’t eliminate these pests — clutter and lack of cooperation. Humans, who can provide these conditions easily, are the perfect host.

■ Bed bugs can survive in subzero temperatures for weeks and below-freezing temperatures for months. I witnessed this as a technician servicing accounts in Upstate New York. These parasites could survive in unheated buildings for the entire winter. It’s interesting they exhibit a seasonal variation in terms of bed bug jobs for pest management professionals (PMPs). In the Northern U.S., the hot humid months are peak times for new business. By contrast, bed bug jobs seem to increase in Florida when the snowbirds arrive during the colder months. Adjust your advertising accordingly.

■ We have a lot of technology that allows us to use genetic markers and determine what area of the world bed bugs come from, which helps prove one female bed bug could be the source of the spread throughout a 100-plus apartment complex. But it also stresses the need for early detection and training of people to be able to make that determination. The labor, inconvenience and cost to solve a bed bug problem can be can be tremendous to the human victims.

Looking ahead
Bed bugs aren’t going to disappear by themselves; expect them to persist for a long time. Bed bug elimination isn’t sufficient. Part of your job is to ensure they don’t reinfest and spread, which is where a proactive monitoring and communication program becomes critical. You can’t guarantee new bed bugs won’t enter a home or office building, but you can teach people how to minimize the chances.

For various reasons, the chances of finding a silver bullet for bed bug control isn’t likely. Although we never underestimate the power of the insect, I also hold out a ray of hope we’ll come up with something. With hard work, pride, knowledge and persistence, we’ll win the battle. 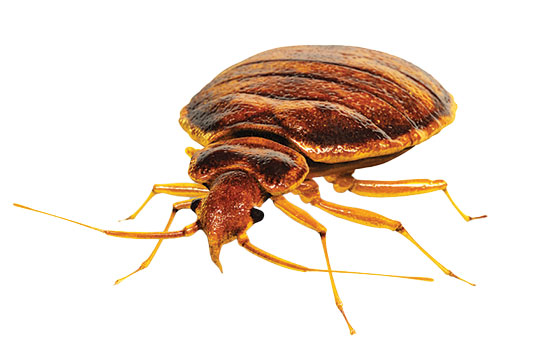