A Day in the Life: Dominique Stumpf 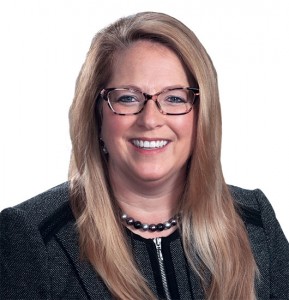 It’s 1 a.m. on a Friday, and the National Pest Management Association’s (NPMA’s) Dominique Stumpf is landing at an airport in Washington, D.C. She has a two-hour drive home.

While it would be understandable for her to sleep in and come into the office late after such a long night, that’s not an option because Stumpf has a conference call at 8:30 a.m.

Stumpf has marketing, membership, meetings and human resources responsibilities for the association.

“This can be a typical day for me,” she says. “Unless you’re blessed enough that the next day is Saturday, then it’s not.”

Here’s how that time period in late January played out. Stumpf caught a plane out of Albuquerque, N.M., at 6 p.m. Thursday after lending support to NPMA staffers managing the Southwestern Conference in Albuquerque.

“I networked with our members, and also lent a hand at the conference,” she says.

Soon Stumpf was back in the office — coffee in hand — for a 45-minute conference call with BedBug Central to review the January 2015 Global Bed Bug Summit in Denver and discuss the future of the summit and potential plans for developing a technology-themed meeting for next year.

Stumpf, who has been with the association for 18 years, helps the NPMA plan between 12 and 20 programs a year, including PestWorld — the association’s large international meeting — to be held in Nashville, Tenn., this October.

“I’m obviously most involved in the meetings department,” she says. “That’s my history with the association.”

But don’t assume Stumpf wrapped up that conference call, finished her coffee, and headed for home. As busy as she is, she also:

⦁ Tackled financials for some of the association’s activities that have taken place during this fiscal year.

⦁ Reviewed contracts for future PestWorld programs. “The association plans PestWorld for the next 10 years, and I do the negotiating,” Stumpf explains.

⦁ Took calls from members who asked about member benefits and programs the NPMA offers.

⦁ Placed calls to potential speakers for various conferences the association has planned.

⦁ Conducted a team meeting with employees from each department she oversees, and discussed next year’s budget planning process.

Additionally, Stumpf and the NPMA are creating a new data system that will change how the association operates.

“The goal is to have the new system ready to go by July 1,” she says. “We’re really excited about this.”

Stumpf packs all of this into a workday that starts at 7 a.m. and ends around 6 p.m., but she doesn’t mind.

“Every day is different,” she says. “It’s a great industry, and I spend a lot of time helping our members.”