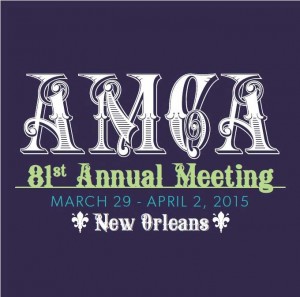 Nearly 50 companies and mosquito control departments were represented in the conference exhibit hall. Gary Ross, regional sales manager for Central Life Sciences, presented the new FourStar granular release biological microbe. Ross said it’s a coated granule of sand with a controlled release that can survive as long as four wet/dry cycles and offer as many as 40 days of residual release.

“If you’re treating a home for termites or general pests and have a quarterly contract, you can include mosquitoes in that contract,” Cohen said.

Other exhibitors presented advanced technologies that might eventually offer new options for public and small business efforts in the war against mosquitoes. Linda Dean-Glover, vice president of marketing and sales at Elecdata, showed how small drones can be used to more efficiently monitor areas for standing water or plant species that are conducive to harboring and breeding mosquitoes. That data would allow mosquito control departments to more efficiently and effectively direct their staffing levels and treatment strategies. Small drones could conceivably be used by PMPs to survey properties for standing water, and perhaps eventually make targeted applications.

“The technology is constantly evolving, and [drones] will be able to do all kinds of things,” Dean-Glover said. “I think you’ll eventually see them dropping pellets or spraying pesticides.”

Gambusia Solutions, a subsidiary of Sacramento Koi, presented its Elite Fish Rearing System, which allows one technician to breed and care for schools of Gambusia (mosquito fish) as quick as 15 minutes per day. Although deploying these biological control agents is relatively easy, obtaining and growing them can be difficult, especially for smaller companies.

Growing threats from mosquito populations
Entomologists at the conference also unveiled the latest research about mosquito biology, and how they might be better controlled in the future. Dr. Ary Faraji, assistant manager and entomologist at the Salt Lake City Mosquito Abatement District, presented highlights about invasive mosquito species and new diseases. He raised concern about the spread of Asian tiger mosquitoes (Aedes albopictus), which are voracious biters and spread disease.

Dr. Faraji also discussed increasing disease threats that could have an impact on the U.S. population and put more demand on the market for controlling mosquitoes. He said Rift Valley Fever Virus (RVFV) is likely the “next biggest disease,” because it can be carried by the Asian rock pool mosquito (Aedes japonicas) and can have major animal and human implications. While RVFV is currently found only in Africa, it’s not far-fetched to think the United States could harbor RVFV, with 100 million head of cattle and up to 50 million deer. A 2014 study found there are “serious gaps in knowledge” about blood feeding patterns, pathogen transmission and how RVFV could spread in the United States. Other diseases of concern include Zika virus (ZIKV) and chikungunya.

“We’ll hear about more diseases in the coming years, and there are more studies looking at the economics of vector control,” Faraji said. “One thing we lack in our field is the economic justification is not there. But that could change.”

Dr. Derric Nimmo, head of mosquito research at British biotech firm Oxitec, spoke on various new technologies for mosquito control. He said one of the most promising new control methods is Wolbachia, a bacterium that can be found in more than 60 percent of all insect species. Scientists recently discovered that it can wreak havoc on mosquito reproduction and cause cytoplasmic incompatibility in their cells. Dr. Nimmo said it has great potential to control mosquito populations by infecting males, sabotaging their sperm and effectively sterilizing them.

“It can spread very quickly through a population, and there are some studies that show an element of control,” he said. “It’s a promising biological control agent and uses [male] mosquitoes as the pesticide.”

Wolbachia research projects are now being carried out in Colombia, Brazil, Indonesia and Vietnam. In the United States, research is being conducted with Asian tiger mosquitoes at the University of Kentucky; a population of Wolbachia-infused males is raised and then released into the population to mate and infect the offspring. Head researcher Dr. Stephen Dobson said the biggest benefits of the Wolbachia method are that it’s a biological control that doesn’t require chemicals, and that it uses the insects themselves for delivery. Dr. Dobson formed MosquitoMate to commercialize the technology once it’s approved by the U.S. Environmental Protection Agency (EPA) for use in the United States.

Dr. Nimmo also pointed to the growing use of lasers as a form of mosquito control. One way this technology is used is to form a “photonic fence” that can use lasers and cut the wings off of mosquitoes in midair. When the fence is breached, the intruder is hit with a harmless diagnostic laser that measures wingbeats to identify the species. Non-target insects are allowed to pass, but targets are hit with a second laser that delivers just enough energy to burn off the wings. It can all happen within a fraction of a second. The technology has been proven to work on a small scale; however, photonic fence patent holder Intellectual Ventures is developing a prototype that could someday be used in residential applications.

“It looks exciting, and I think it could someday be an effective form of mosquito control. But a lot of questions remain,” Dr. Nimmo said.

Craig Guillot is a freelance writer and photographer based in New Orleans. Learn more at www.craigguillot.com.

The Grand Ballroom of the Hilton New Orleans Riverside was the place to be for the latest about mosquito control technology and networking.

LeadingEdge Associates displayed a drone that can land on water and take samples for mosquito control.

LeadingEdge’s drone is just one of the advanced technologies that can be used in the ongoing war on mosquitoes.

LeadingEdge is one of several companies testing drone technology for aerial monitoring and spraying.

Attendees had fun with a flight simulator in the Dynamic Aviation booth.

AMCA attendees chose from a variety of seminar topics, from biology and behavior to new technologies.

Craig Guillot is a freelance writer and photographer based in New Orleans. Learn more at www.craigguillot.com.