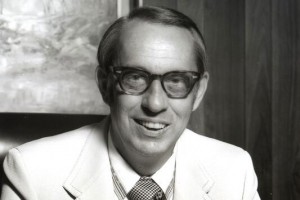 For example, according to the history page on CooksPest.com, “Cook’s Natural Science Museum began as an insect display for Cook’s Pest Control’s Decatur (Ala.) Office Open House in 1968. From 1969 to 1980, it was located in the back of the Cook’s warehouse and open by appointment only.”

The late John R. Cook Sr., who was at the helm of his family’s pest management company from 1950 until 1995, oversaw the 1980 construction of the current, 5,000-sq.-ft. facility, which houses a variety of natural science artifacts. At press time, construction is set to begin at the end of the month on a $15 million, 35,000-sq.-ft. facility. It is expected to be completed by 2017 (learn more at CookMuseum.org).

A rendering of the new facility for the Cook Museum of Natural Science, which is slated for completion in 2017.

Each Hall of Fame candidate was nominated by members of the pest management industry, and then voted in by the Hall of Fame committee, whose membership rotates each year. If you’d like to be part of the nomination process for the Hall of Fame Class of 2016, click here.