Those trouser snake calls are the worst… 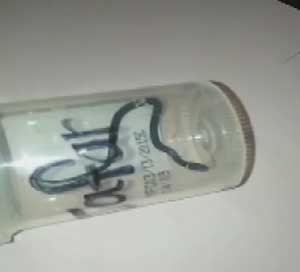 We’re not being naughty, honest: Earlier this month, a Titusville, Fla., nursing home resident was using the restroom, only to discover a 3-in., nonpoisonous juvenile ringneck snake (Diadophis punctatus) in his undergarments. The facility’s director of nursing theorizes the snake may have hitchhiked in a blanket on its way from the outdoor laundry facility.

What’s making this a little more than a funny story to tell the pest management technician next time he’s in, though, is that local ABC affiliate WFTV Channel 9 and TV 27 uncovered that facility supervisors wanted the staff to keep mum. That’s when the police were brought in: The anonymous caller told dispatchers, “They don’t want it to be known. They don’t want the Health Department to be called. They don’t want anything to be done.” The facility didn’t want anyone talking to the media, either, which of course just led to more coverage.

The upshot, according to WFTV: The resident was not bitten or injured, and told police he’d like to keep it as a pet. The pest management firm that inspected the grounds found no evidence of snakes.