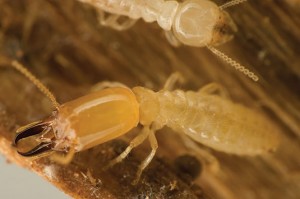 Did you know these facts about Western subterranean termites (Reticulitermes hesperus), or WST?

⦁ WST are a native American species found in the western third of North America.

⦁ They eat across the grain of the wood, leaving a honeycomb shell of damage.

⦁ Mud tubes are critical to maintaining temperature and moisture as they travel between the main nest and their food source.

⦁ WST can swarm any time of year. Alates indicate the nearby presence of a large mature nest.

⦁ Colonies are located in the ground. Damage is most commonly found in basements and at ground level.