Noad Corley Joins Industry Friends in the Hall of Fame 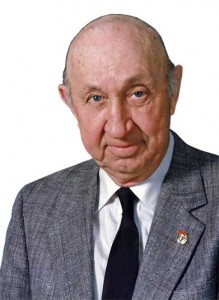 When Noad Corley (1918-2000) is inducted into the Hall of Fame next month, he’ll be listed among many industry friends — including Bill Spitz, Class of 2006.

“At every meeting, Noad stood out,” recalls Spitz of Corley’s industry heyday from the 1940s to 1990s. “He was among the first to look like a professional businessman instead of just the stereotypical ‘bug man.’ His suit was always neat, and he wore a stylish hat. He was a credit to our industry, and I’m proud to say I knew him.”

The three sons of another Hall of Famer, Bob Jenkins Sr. (Class of 2005), also have fond memories of Corley, who was president and founder of Corley Pest Control in Dallas. Like the Jenkins family, Corley and his late wife, Frances, were active in both the Texas Pest Control Association (TPCA) and National Pest Management Association (NPMA, known back then as NPCA).

“Noad was the only person to serve as TPCA president on two separate occasions,” says Jenkins’ oldest son, Bobby, president of ABC Home & Commercial Services in Austin, Texas. “In addition, I have never seen anyone work harder to sell NPMA memberships. No matter who he was talking to, he was trying to communicate the value of NPMA and give a personal testimonial about the value of membership.

“The other thing I always admired was that, even after his terms in leadership had long passed, he continued to participate and contribute to TPCA and NPMA,” Bobby continues. “I have always respected his dedication to both organizations, and I found his willingness to continue to stay connected and involved to be inspirational.”

The youngest of Bob Jenkins’ sons, Dennis, president of ABC Home & Commercial Services in Dallas, says he was always impressed by the Corleys’ friendliness and sense of fun. At industry functions, he says, “you could always count on when the music started, Noad and Francis would be out cutting a rug. They were good dancers and fun to watch.”

Jenkins’ middle son, Raleigh, president of ABC Home & Commercial Services in Houston, keeps it simple: “We loved them both very much.”
Hall of Famer Norm Cooper (Class of 1999) was delighted to learn Corley was finally getting inducted: “He did so much for this industry. He was all about getting pest controllers trained on the technical and business sides.”

Corley started in the industry as a young man, working for Elo Exterminators in Dallas. When he was drafted into World War II shortly after marrying in December 1943, the Army staff sergeant was stationed in a bunker off the San Francisco coast, translating Morse code for submarines, while Frances worked nearby in the shipyard.

“Mom gave him a quarter a day from her pay, probably enough for cigarettes or a Coke,” daughter Debbie Gann recalls. “The rest she socked away, and when Daddy got out of the Army, that became the down payment on Corley Pest Control.”

The Corleys were in business from 1947 until his 1993 retirement.

“I remember Dad got Mom a really long extension cord for the phone, so she could set it on the windowsill and take pest control appointments over the phone
while she was outside hanging the laundry,” Gann says with a laugh, noting the backyard would be quieter than the house full of her and siblings James, Nancy
and Bobby.

Gann and her husband, Pat, continue in the industry today as co-owners of Gann’s Pest & Termite Control in Keller, Texas. Pat Gann had worked for his father-in-law for five years. 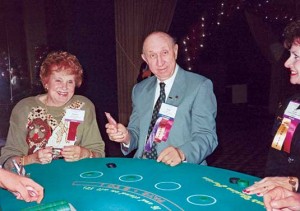 Frances and Noad Corley enjoy a Monte Carlo-themed reception during a 1995 industry conference.

“You could say I learned from the best,” he says.

Career capstones
While known for his member recruiting, Corley also believed strongly in education and training. He was the creator and driving force behind the NPCA Bird Control Manual. In addition, Corley put the time and work into association leadership, including two terms each as president of the TPCA and Greater Dallas Pest Control Association (GDPCA). He also sat on the Texas Pest Control Board and the NPCA board of directors. In recognition of his work, he was granted lifetime NPCA membership.

“He was quite the character, yet an excellent pest controller,” recalls Cohen, who is a past president of TPCA and GDPCA. “He always had humorous stories to tell, and was committed to improving our industry.”

Tom Wright, son of Hall of Famer Bud Wright (Class of 2000) and managing director of Pest Pro Academy, Dallas, kept in contact with Corley after the latter’s retirement. The pair had lunch together about once a month, and Wright recalls one of Corley’s favorite stories.

“When DFW first opened,” Wright begins, referencing the 43-year-old Dallas/Fort Worth International Airport, “Noad had the bird contract for it. Security was pretty lax back then, and he was usually free to do his work without interference. But one day, while he was working at the control tower, he went to open a door and a SWAT team surrounded him, demanding to know his clearance and what he was doing there. Boy, was he surprised!”

Spitz, whose wife, Joan, was close to Frances Corley, says he still misses his friend today. He believes the industry had a true treasure in Noad Corley.

“You could always depend on him doing what he’d say he’d do, which is particularly important in association leadership. He was definitely one of the good guys in the industry.”