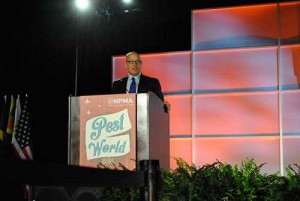 With eager attendees filling the hallways of the Gaylord Opryland Resort and Convention Center,  PestWorld 2015 kicked off the convention with words of change from National Pest Management Association CEO and a lively beat at the opening ceremony.

Or, as CEO Bob Rosenberg explained, NPMA is adapting to “meet the 21st century needs of 21st century members.”

Rebuilding the community structure, reorganizing the staff, streamlining board meetings and creating opportunities for increased member engagement were just a few of the actions mentioned to cater to member needs.

In addition, the new community website is designed to be a place for the exchange of knowledge, professional networking and connecting with leaders in the industry. 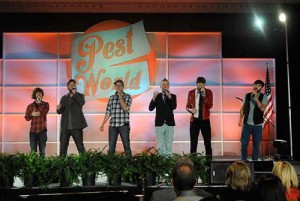 Street Corner Symphony gets the crowd pumped up for PestWorld 2015.

Ranging from performing a Johnny Cash song to recreating the sounds of a ping pong match (Yes, an accurately sounding ping pong match), the guys of Street Corner Symphony’s showcase of vocal talent had the crowd laughing and singing along.

But the time had finally come. After the performance, attendees quickly made their way down to the exhibit hall to await the opening doors.

And no grand opening is anything without a ribbon and giant pair of scissors. And, PestWorld didn’t disappoint. 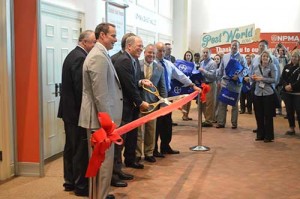 With the ribbon cut, PestWorld 2015 is underway!