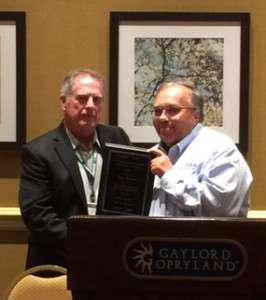 At its General Membership meeting held Oct. 21 at PestWorld 2015 in Nashville, the United Producers, Formulators & Distributors Association (UPFDA) covered a lot of ground. After approving the minutes from its last meeting, which took place in April in Scottsdale, Ariz., there was a touching tribute to the late Roland Rhodes by UPFDA Public Relations Chair Dan Moreland. It was also noted that monies had been donated to the Roland and Winona Rhodes Scholarship Fund.

Other highlights of the meeting included:

National Pest Management Association (NPMA) Vice President Alexis Wirtz reported that while the 198 exhibitors at PestWorld 2014 in Orlando, Fla., set a record, it was broken this year with 213 exhibiting companies.

The 2016 UPFDA Spring Conference will take place at the J.W. Marriott Las Vegas Resort & Spa April 26-28, 2016. More details will be announced as they are finalized.

The following officers were elected at the meeting:

After the meeting, UPFDA held a cocktail reception for its members.