Manufacturers Have Their Say 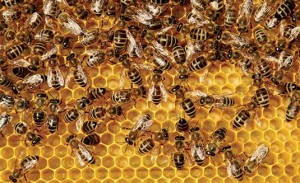 The White House’s National Strategy on Pollinator Health is the biggest news to emerge on the subject in recent years.

Six neonicotinoid manufacturer representatives explain how their companies are addressing the pollinator issue, and their thoughts on what lies ahead.

In PMP’s August cover story, we addressed how neonicotinoids are facing increased scrutiny as a result of being linked to a decline in pollinator production. The White House’s National Strategy to Promote the Health of Honey Bees and Other Pollinators, issued in May, took the public’s conversation to new heights — and increased the rhetoric from anti-pesticide groups.

As Ensystex Vice President Ken Kendall explains, “Pollinators are an extremely important part of our biosphere. Concern is being voiced about the honey bee and colony collapse disorder (CCD) in particular. It is important to understand that researchers are finding CCD to be a complex problem, with many contributing factors. Pesticides are only one of these factors. Others include diseases and parasites. Researchers are being encouraged by the White House Pollinator Health Task Force to dig deeper to get to the bottom of the issue.”

“On April 2, the EPA announced it is not granting new or modified uses of neonicotinoids,” Savinelli reports. “Although no outright restriction on neonicotinoids is included in this plan, the agency says it may prohibit foliar applications of acutely toxic pesticides during bloom on sites with contracted bees present, unless there is a government-declared public health emergency.”

As part of our continuing coverage on the subject, we gathered input from Kendall, Savinelli and four other major industry manufacturer representatives. Here is what they had to say:

PMP: What are your companies’ individual messages to pest management professionals (PMPs)—and, by extension, their customers—about the White House Pollinator Plan’s objectives as they relate to your products? Marie, what stance has Control Solutions Inc. (CSI) taken?
Marie Knox: At CSI, we believe we have a responsibility to work with PMPs, regulators and others in our industry to protect the environment and resources for future generations. We are committed to working together with industry groups and associations to support PMPs, and be good product and resource stewards. With the support of our parent company, Adama, we are excited to explore and develop new and novel products—using chemistries that have a positive impact for our customers and the environment. This includes a focus on pollinator protection.

PMP: Ken, how is Ensystex heeding the call for pollinator health?
Ken Kendall: Ensystex is working cooperatively with a group of manufacturers, including Bayer, to produce the data that has been requested by the U.S. Environmental Protection Agency (EPA) concerning the effects of imidacloprid on pollinators.

We know PMPs are in an odd situation when it comes to pollinators. On one hand, they are being asked to protect customers’ homes from attack by carpenter bees, or residents from being stung by foraging honey bees. On the other hand, they have to be more aware of the plantings surrounding the structures they are treating, and more aware of the flowering plants that are being visited by pollinators.

PMP: What are Ensystex’s recommendations for what PMPs should do?
Ken Kendall: Probably the most important thing for PMPs is to increase their awareness of those pollinators around the structures. This will lead to more targeted pest management treatments during times of plant bloom and pollinators visiting blooming plants. I can’t stress enough that this issue of declining pollinators is a multifaceted one. Pesticides may be part of the issue, but the research shows that it’s not the only contributor — and likely not the most important contributor.

Dr. Frank Wong: I agree. Although much of the public focus and blame has been pointed at the neonicotinoid insecticides, it’s a much bigger issue. All pesticides are now being subjected to increased scrutiny. 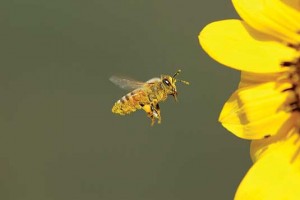 Many stinging insects are potential health threats to people and animals, and can cause structural damage to property.

PMP: Frank, we know Bayer’s Bee Care Center has been active on this front. Opened in April 2014 in Research Triangle Park, N.C., with a sibling center in Monheim, Germany, it provides research on pollinator health, public tours and education to help foster the sustainable use of Bayer’s products. The Center also complements Bayer’s three North American Bee Care Technology Stations in California, North Carolina and Ontario, Canada. What else can you tell us about Bayer’s efforts regarding pollinator health?
Dr. Frank Wong: Pollinator health is a top priority for Bayer CropScience, reaching across agriculture, pest management, turf and ornamentals, and vegetation management. Internal research and cooperative projects with the public and private sectors on pesticide movement and residues, varroa mite management, and habitat establishment are being conducted to promote and protect honey bee and pollinator populations. New technologies such as Fluency Agent reduce potential pesticide drift for agricultural applications, while the Bayer Feed a Bee initiative has established more than 60 million flowers this year to support habitat and food sources for pollinators, and has partnered with more than 60 organizations to further habitat and education focused on habitat.

Specifically for Bayer Professional Pest Management, however, we have innovative solutions that minimize pollinator exposure to pesticides while ensuring effective pest control. Our baits and gels eliminate spray-drift potential for pollinators, while other formulations reduce the number of sprays and run-off from perimeter applications.

PMP: Caydee, what can you tell us about Syngenta’s efforts?
Dr. Caydee Savinelli: Syngenta is invested in pollinator health. More than 12 years ago, we launched our global Operation Pollinator program, which is restoring insect pollinators on commercial farmlands and other landscapes. In 2013, as part of The Good Growth Plan, we committed to enhancing biodiversity on 12 million acres of farmland worldwide by 2020. We also are collaborating on many biodiversity and pollinator forage improvement programs in the United States, with the Conservation Technology Information Center, Delta F.A.R.M., North Carolina Botanical Garden, North Carolina State University, U.S. Bureau of Land Management and the Center for Plant Conservation, Pheasants Forever, Project Apis m., and Trees Forever.

In addition, Syngenta, Bayer CropScience and Valent USA jointly commissioned an independent study on the socioeconomic benefits of neonicotinoid insecticides in North America. The research was published in 2014, and is intended to inform and balance the debate on neonicotinoids and pollinators while these products are under registration review. The study was conducted by AgInfomatics, an independent agricultural consulting firm established in 1995 by professors from the University of Wisconsin and Washington State University. The AgInfomatics study evaluated the most widely used neonicotinoids—specifically clothianidin, dinotefuran, imidacloprid and thiamethoxam.

The comprehensive research produced 16 individual reports demonstrating the value of neonicotinoids across the agriculture and turf and ornamental sectors. The study included the United States and Canada, agriculture as well as turf and ornamental sectors, and all uses of neonicotinoids — including seed treatment and foliar and soil applications. Together, the depth and scope of the research is believed to be the single most comprehensive socioeconomic benefits study in North America on neonicotinoids and their impact on growers, the economy and crop production. The study results show neonicotinoids add billions of dollars in value annually, increase crop yields and benefit entire communities — not just farmers.

PMP: But as with the Food Quality Protection Act (FQPA) “Risk Cup” back in 1996, will the professional pest management industry get short shrift in exchange for allowing the admittedly bigger industries like agriculture and turf and ornamental to keep their uses? We’re often the ones who are the intermediaries when consumers come into contact with bee populations.
Dr. Caydee Savinelli: Stricter regulations driven by these larger industries are always going to have some sort of impact on smaller industries like pest management. With that in mind, product stewardship and best-management practices are more critical than ever to help in the effort to protect bees and other pollinators. However, since neonicotinoids were introduced in the 1990s, the number of honey bee colonies has remained stable in the United States, and has been increasing worldwide over the past 50 years. Scientific evidence clearly shows that bees and other pollinators can coexist safely with neonicotinoid insecticides, when product labels are followed. Most scientists and bee experts agree that bee health is affected by multiple factors, including parasites, diseases, habitat and nutrition, weather and hive management practices, as well as exposure to pesticides.

PMP: Dina, how is FMC addressing the pollinator issue?
Dr. Dina Richman: As a registrant with a limited neonicotinoid-containing portfolio in the professional pest management market, we are working through industry associations to address the pollinator issue. We support the objective of protecting pollinator health, however, and applaud EPA’s efforts to follow a science-based approach.

PMP: Cisse, please tell us about what Rockwell Labs is doing in light of this issue.
Dr. Cisse Spragins: When field-testing our products, we always note any effects on pollinators with all our products — not just those containing neonics. Our imidacloprid products are all baits, and the use patterns and physical forms of the products are such that they provide very low risk to pollinators. We have produced a pollinator statement regarding these products, which is on our website. Our regulatory work on this issue is primarily through Responsible Industry for a Sound Environment (RISE).

PMP: Thank you all for sharing your insights on this matter. Do any of you have parting thoughts about what PMPs might do to stay out in front of the pollinator health issue?
Dr. Cisse Spragins: While the federal plan does not address our structural uses specifically, it is important for PMPs to work directly or through their state associations with their state regulators, who will be implementing plans that might affect our industry and product uses.

Also, PMPs should always follow label directions, and should be aware that many insecticides, not just neonicotinoids, are capable of killing pollinators — which, of course, can be pests as well. They should be mindful of where and when they are treating with any insecticide, particularly sprays. No one wants to be the subject of a negative news story.

Dr. Frank Wong: PMPs need to know that they have a stake in what is going on, and should be standing with the crop and non-crop users to help keep the public focused on why these tools have value to society. I agree with Cisse: Bayer supports the objectives of the White House Pollinator Plan, but is concerned about some of the resulting actions proposed by the EPA. Although not directly targeted at structural pest management, they would negatively impact many disease, weed and insect management tools. For example, in two recent actions, the EPA proposed restricting 76 pesticides (including three herbicides and five “natural” pesticides) for agricultural application during bloom, and proposed potentially restricting a number of herbicides to promote milkweed and monarch butterfly habitat. It’s a bigger issue than just neonicotinoids.

PMPs provide a crucial voice in the ongoing public debate and development of regulations that affect pesticide use. Pest management has a tangible effect on human health and quality of life, and PMPs have a unique narrative to share with the public to keep the conversation focused on benefits, science and evidence.

You can reach PMP Editor Heather Gooch at hgooch@northcoastmedia.net or 330-321-9754.

Why Fuse is a game changer for Brent Agee