Giving Back: A History of Philanthropy 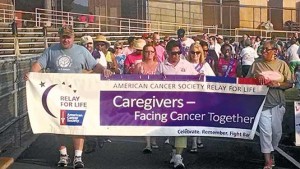 Many at Dodson Pest Control support Relay for Life each year.

Dodson Pest Control has been giving back to the central Virginia area for decades.

During his nearly 40 years at the helm of Lynchburg, Va.-based Dodson Pest Control, which was started by his father and uncle in 1944, Bert Dodson Jr. learned once you start supporting charitable organizations, word gets around.

“Everybody in the world calls you wanting this or that,” says Dodson, whose company donates to more than 100 organizations annually. “When people call our company for donations, they’re directed to me.”

Dodson requires callers to send information about their nonprofit organizations to him and then promises to relay the request to the company’s board of directors. This step shields anyone from taking the brunt of the disappointment should an organization be turned down.

“We set a percentage baseline many years ago, so if our profits increase, we increase the amount we’re giving,” he says. “It’s not a
set figure, but we haven’t had too many decreases.”

“We’re blessed, and we want to bless others,” he says. “It gives us exposure in the community for giving back to it. What’s been gratifying has been helping so many organizations. I’ve relayed this to other companies, and they’re doing the same thing.”

Financial support is only part of Dodson’s involvement in the community. Every year, many of its employees participate in the local American Cancer Society Relay for Life walk.

“It’s a company-wide endeavor,” says Dodson, whose employees raised $21,500 in 2015. “We were the top fundraiser again, which [makes] nine straight years.”

Of course, it’s not just about the recognition.

“There’s a lot of want in the world,” he says. “The Good Lord put us on this earth to give back to those in need. It’s a religious calling.”