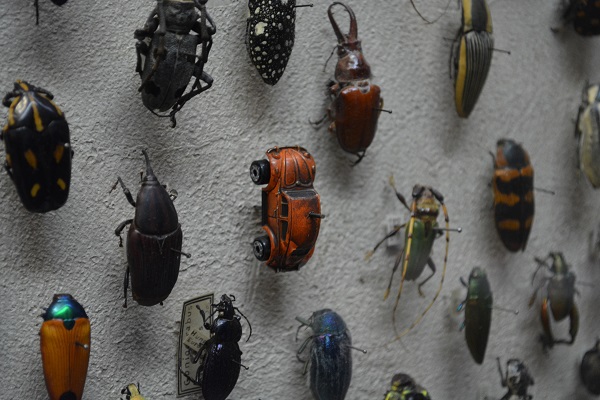 Someone at the Cleveland Museum of Natural History has quite the sense of humor.

Hidden in a display of taxidermied beetles was another type of beetle: a toy Volkswagen beetle.

Museum employees and Redditors confirm this toy isn’t a new addition. This exhibit has been on display, Volkswagen included, since 2002.

Among the almost 360 comments one Redditor posted this theory behind who was behind this Easter egg:

“It could very well be the entomologist. In my experience, the plant biologists tend to be boring as hell, the vertebrate biologists are a hoot, and the entomologists are f***ing hilarious. Top of the list are lepidopterists, for some reason I can’t understand. Maybe it’s the act of running after pretty fluttering insects with a net that just keeps anyone from taking themselves too seriously.”

Good job to everyone involved in making sure this joke got into the exhibit.