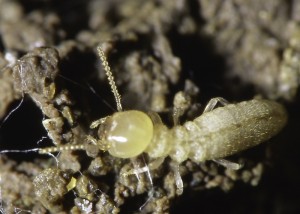 Ninety years ago today, the first demonstration of television took place. (Learn more from today’s Google Doodle here.) So it’s fitting that we kick off today’s post with a televised news story, right?

We were intrigued this morning when this story crossed our email inbox: http://www.koco.com/news/earthquakes-may-be-causing-increase-in-termites-at-homes-officials-say/37637298

Essentially, there’s a theory going that recent seismic activity in Oklahoma has led to an increase in termite calls. KOCO, an Oklahoma City-based ABC-TV affiliate, reached out to Oklahoma State University researchers for comment. They said no evidence exists, but it’s plausible.

What do you think? Have you seen your termite calls go up after an earthquake? Let us know in the comments section.