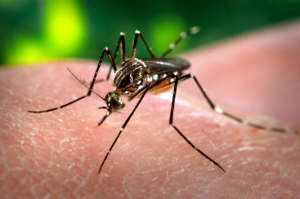 According to Reuters, experts from the International Atomic Energy Agency (IAEA), a specialized agency of the United Nations, developed a plan to use nuclear radiation to reduce the number of mosquitoes carrying the Zika virus.

This new method would involve exposing male mosquitoes to X- or Gamma rays to render their sperm sterile. These insects would then be released into the wild to mate with females, who would then bear eggs that would never hatch. In theory, this approach will reduce the number of insects without the use of chemicals, or killing native animals.

Experts from the IAEA are going to be meeting with Brazilian officials this month to discuss how to implement this plan in Rio de Janeiro, the host city of the 2016 Summer Olympics.

This plan still faces obstacles. It takes about a month to breed one generation of the sterile males, and once they get out into the wild they must outnumber indigenous males by a factor of 10 or 20 to make a significant impact on the population. To put it into scale, outnumbering indigenous males would require millions of males, therefore making it an impractical solution for large cities, yet plausible for villages or towns.

That being said, implementation tests have cut down mosquito populations by around 80 percent in Italy, and in China the success rate was as high as 100 percent, according to one expert from IAEA’s insect pest control laboratory.

Brazil isn’t the only country interested in this research. Other counties, including Mexico, Guatemala, El Salvador and Indonesia, requested this technology from the IAEA.

Recent media attention on the virus has left many questions and concern. In response, the NPMA and the Professional Pest Management Alliance released comments on Zika virus implications—including talking points and insights for pest management professionals.