In mid-January, Wildlife Expo 2016 kicked off in sunny Las Vegas at the LINQ Hotel in the center of the mile-long Strip. The main events occurred between Saturday, Jan. 16, and Sunday, Jan. 17, but there were specialty training events available on the Thursday and Friday before and the following Monday that tied into further wildlife training and certification. The Expo was co-hosted by the National Wildlife Control Operators Association (NWCOA) and the National Pest Management Association (NPMA).

Our first event was a general session on “Human Dimensions of Wildlife Management.” Speaker Dr. James Parkhurst, associate professor and extension wildlife specialist for Virginia Tech, provided an in-depth look into what we must do daily to solve each customer’s problems. He gave several examples of tripping hazards, along with actions one can take to prevent potential issues.

Just before lunch were two presentations: Conway, Mich.-based Wildlife Management & Nuisance Removal’s Gregg Schumaker provided a talk on striped skunk management, while Mark Jensen (U.S. Department of Agriculture), Brian Wakeling (Nevada Department of Wildlife) and I provided a talk on “Public & Private Sector Interaction.” Based on the attendance in my room, I think Schumaker may have had the bigger audience — and from what I heard, provided a great discussion on an area many feel a bit uncomfortable handling. However, our two government guests did a great job of sharing the industry perspective from their departments, and our audience asked a ton of questions, which left me feeling like the discussion was meaningful to those in the room.

After lunch were two more presentations, both on the technical side.

Jordan Budenski, Bud’s Nuisance Animal Control, New Ulm, Minn., and Nevada Department of Wildlife biologist Christy Klinger spoke on bat exclusion. Budenski showed a YouTube video of an account for which he was a consultant. It featured thousands of bats under a Spanish tile roof. I plan to use the video at my next company meeting as a cautionary tale. It was an eye-opening presentation everyone should take the time to view.

The last talks of Day One were from Claude Oleyar, RKR Nuisance Animal Control, Casper, Wyo., on burrowing animal control, and Linda Lane, RRT, on respiratory protection. Oleyar’s presentation focused on less common and smaller animals, such as ground squirrels, pocket gophers, prairie dogs, muskrats and badgers, which dig holes on or away from structures. He shared examples of his methodology in solving larger-scale problems over many acres.

The end of Day One finished with an NWCOA General Membership meeting.

The day’s first event was planned as a general session, but the speaker was ill and unable to attend. NWCOA President Jason Reger, CWCP, stepped up with a presentation he has done many times: “Why Should You Be Certified and Who Should You Select To Get It?” Reger, president of Blue Ridge Wildlife Management, Roanoke, Va., did a great job of helping attendees see the vision and value of NWCOA.

Next on the agenda were concurrent sessions:

Steve Martin discussed “Pest Rodents of the Southwest.” Martin, a Marietta, Ga.-based division manager and wildlife biologist for TruTech Inc., shared insights many easterners were not aware of. In my opinion, this adds to the value of moving the meeting location around the country: We learn new things about animals we don’t encounter regularly.

Pest Management Professional contributor and Hall of Famer Norman Cooper provided insight into the steps we all need to take — but wait way too long to do — in his presentation, “Exiting Your Business: Sale or Succession.”

Eben McDermott of Nashville-based Animal Pros shared why it is critical our industry embraces doing the whole job — not just trapping to remove the intrusive animal, but exclusion to remove any future entry potential. Top 3 reasons include: completing the whole job rather than handing the repair piece off to another company, increasing the revenue volume by two times the trapping cost, and providing an ongoing revenue stream of exclusion renewals.

After lunch were two more talks:

Chris O’Banion presented “The Feral Cat Trap: An Introspective Look into the Feral Cat Controversy.” O’Banion shared several of his experiences — and frankly, they sounded very familiar to me. I think this topic needs more conversation because the risks are real and the benefits are few. He gave words of caution to those willing to take on this service and advised them to ask those who already have tried.

“Bidding and Selling Large Projects: Techniques and Considerations” presented by NWCOA President Jason Reger and Dixon Herman, CWCP, Terminix Service, Hickory, N.C. They provided a “how-to” for big projects as well as some cautionary tales to keep everyone grounded.

The Expo’s last official event was the banquet and awards ceremony.

I definitely look forward to next year in New Orleans! 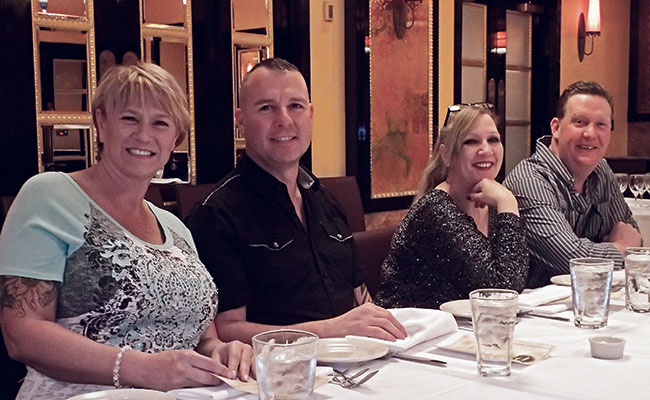 The Hutchisons and Holts enjoy lunch together. 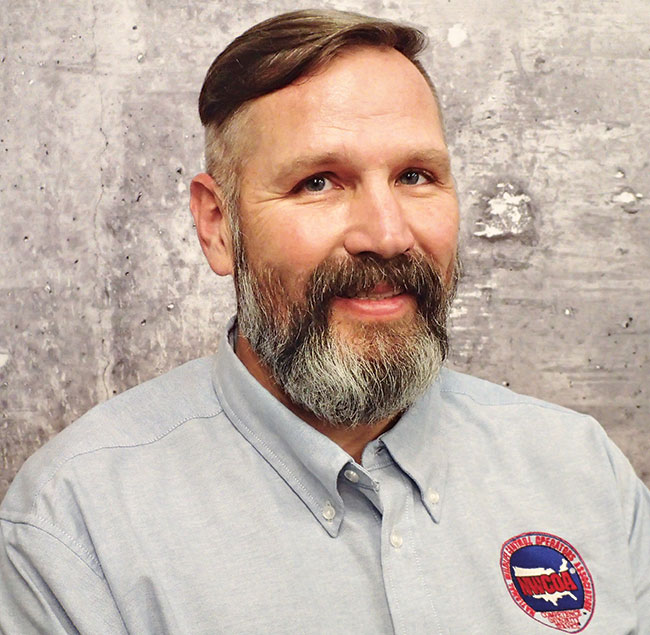 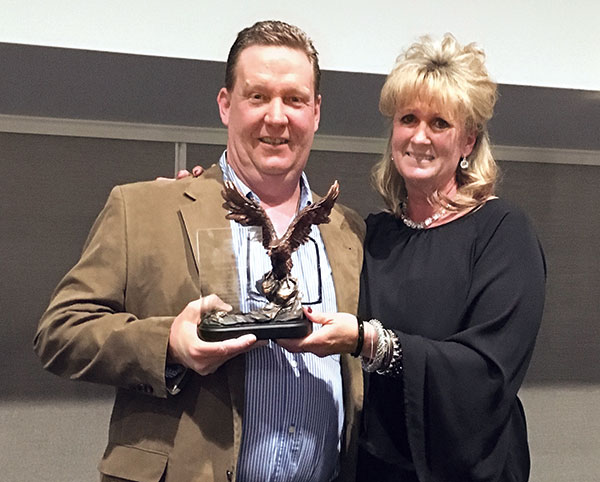 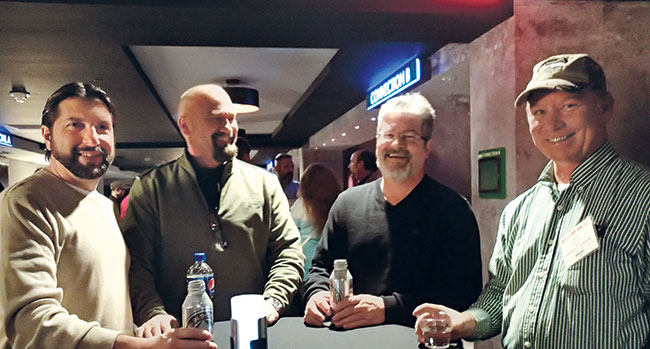 Networking opportunities were plentiful at the event. 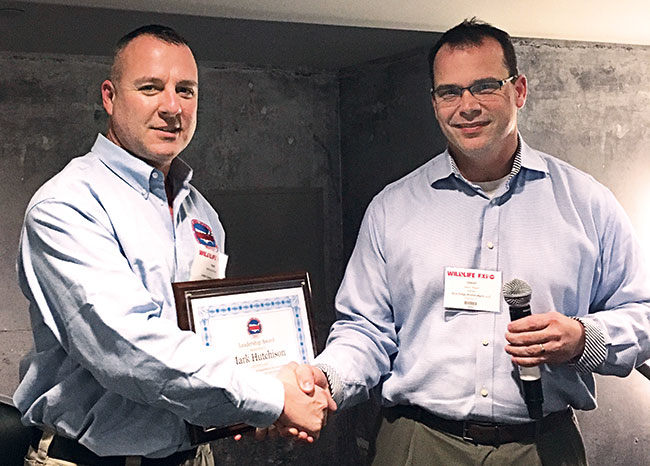 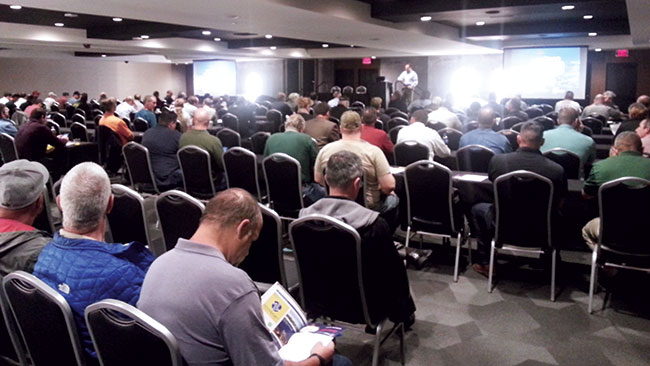 About 230 attendees came to this year’s Expo, which was brought West at the request of NWCOA members in that region. 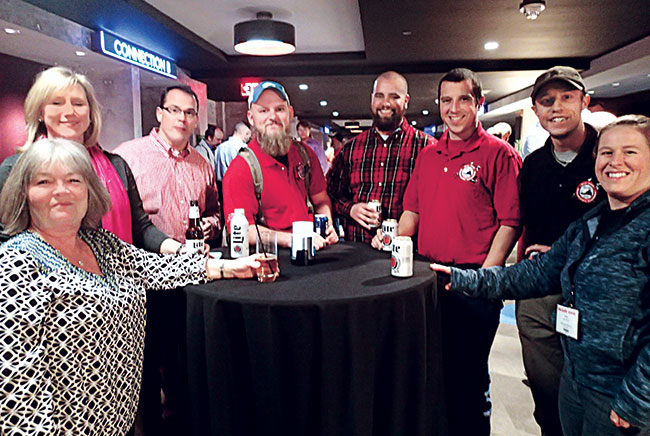 Attendees swapped stories and learned from one another during receptions and other social opportunities. 8NWCOA President Jason Reger pinch hit for an ill presenter on Saturday. 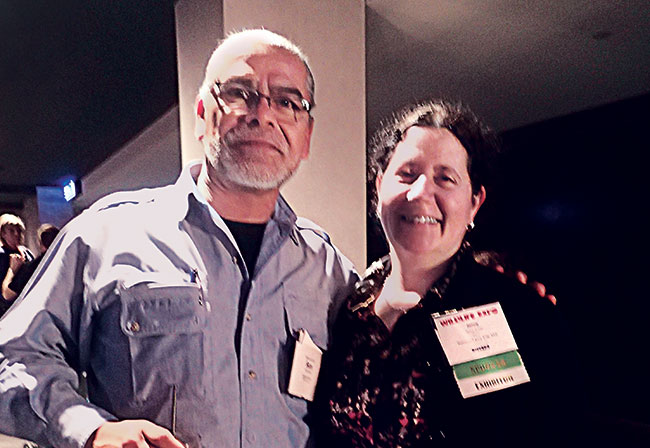 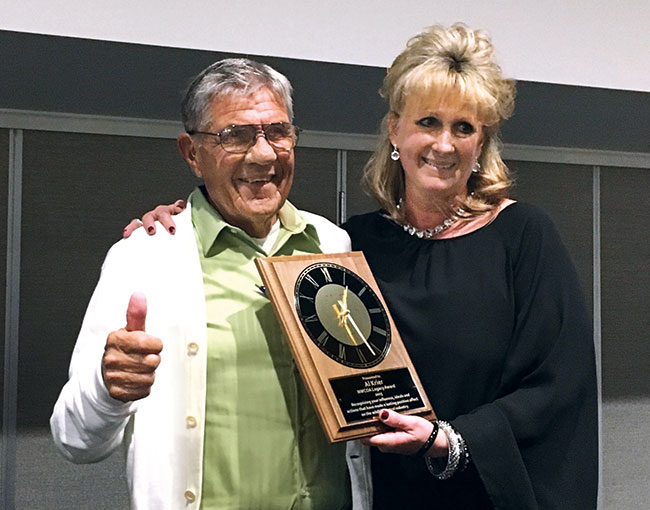 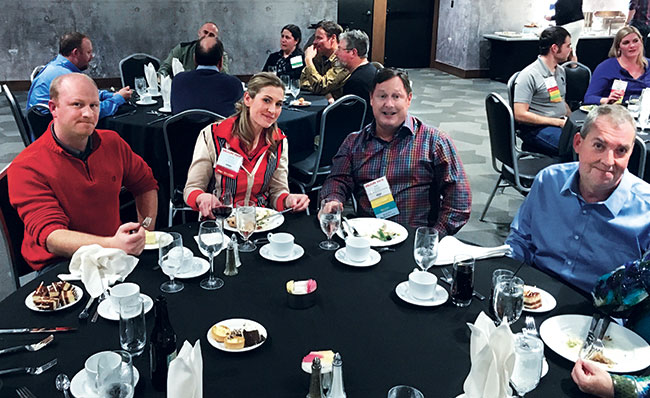 The author (third from left) networks at the luncheon.