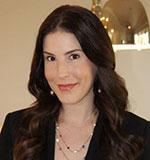 On March 22, Control Solutions Inc. (CSI) held an education and research summit on termites and mosquitoes at the Sunrise, Fla., Doubletree Hotel for a crowd of more than 80 pest management professionals (PMPs).

Dr. Claudia Riegel, director of the City of New Orleans Mosquito, Termite and Rodent Control Board, spoke on mosquito control tactics and diseases including Zika virus. Her talk highlighted how PMPs could get involved in mosquito control and how homeowners can be part of the solution, especially in reducing the number of larval habitats and standing water on their properties.

“The explanation of the research and the scientific information I received from this meeting will be invaluable,” says attendee Eric Hoffer, president of Hoffer’s Pest Solutions, Coral Springs, Fla. “I plan on putting it to good use in the field and sharing it with my technicians right away.”

This was the first in a series of Education and Research Summits hosted by CSI throughout the United States. The series focuses on the research being conducted by universities and independent researchers using current products and products in development by Control Solutions. The goal is to show as many PMPs as possible the science behind the effects of CSI’s proprietary and post-patent products. The series continues in Los Angeles on May 17, and in New Orleans at a later date. Other dates and locations will be announced soon.