5 steps to bring your business from good to great 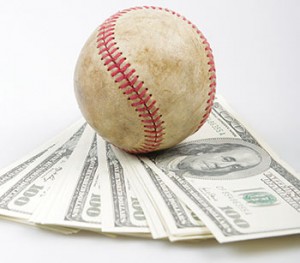 Think about that. There is a fine line between being average and excellent. The Red Sox’ Reggie Smith was very good, but the Yankees’ Reggie Jackson was great! The only things that separate Jackson from Smith are approximately 15 balls that could’ve taken a bad hop in the infield or traveled 5 more ft. over the fence.

Similarly, in the pest management industry, there’s only a whisker of difference between good and great companies. Returning phone calls, friendly service, effective treatments, and being on time, all play a role in whether your company grows quickly, slowly or not at all.

When I started my company, I had no clue how fast I could, or should, grow my business. I was just trying to pay the mortgage on time. As one year turned into five years, I noticed that Schopen Pest Solutions was growing at a rate of about 15 percent per year. Being a stats guy, it got me thinking about where my business would be in 20 years if I continued at the current pace vs. where my company would be if we grew at a faster rate.

Now we’re one month away from my 10th anniversary, and I don’t worry about the mortgage anymore. Instead, I am contemplating my retirement strategy: When can I put my flashlight in its holster for the last time?

At the start of 2015, I jotted down some numbers on where my company must be for me to retire in 15 years. Growing at a 20 percent clip, Schopen Pest Solutions will be at $10 million by the end of 2029. That’s Reggie Smith good. But if we are able to grow at a measly 5 percent more per year, the numbers are staggering: If Schopen Pest Solutions can hit 25 percent growth each year, we would top out at well over $18 million (Reggie Jackson good)!

What is really exciting is those numbers are attainable. This past year, we had several months in which we were hitting 30 percent growth over the previous year. If we’re able to sustain 30 percent growth, the overall figures are breathtaking. At 30 percent, Schopen Pest Solutions would grow into a behemoth and hit $33 million by 2029 (Babe Ruth good)!

So, how do I get the extra 15 to 20 customers (base hits) that I need to be Hall of Fame good? Listed below are some of my strategies for getting and retaining clients. Some of these we’ve talked about before, but as Schopen Pest Solutions grows, my opinions and ideas change — so it’s good to re-evaluate.

To me, my company is very similar to my favorite sport, baseball. You’re never going to bat 1,000. But work hard, be consistent and aim high, and maybe you’ll be the next Jackie Robinson of pest management.

As Los Angeles Dodgers coaching legend Tommy Lasorda is said to have quipped, “There are three types of baseball players: Those who make it happen, those who watch it happen, and those who wonder what happened.”