Email your questions about insect identification and pest management technologies and techniques to Dr. Mampe. Your questions most likely will be printed and answered in one of Pest Management Professional’s upcoming Ask the Expert columns. 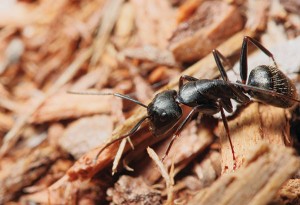 Q: Several months ago, we treated the exterior of a house with an odorless insecticide and then spot treated the inside with another odorless insecticide for carpenter ants. The homeowner called yesterday and told us his wife could still smell the insecticide and it was making her sick. We visited the site and couldn’t smell anything. Neither could the husband. The wife is sensitive to perfumes, food odors and other scents. We are convinced there’s nothing there — at least in concentrations high enough to cause illness. How should we handle this? Should we have her speak with the manufacturers? A poison control center? Help!
—Joann T., New York

A: The manufacturers should be helpful, but the wife might not believe them. Some poison control centers handle such situations very well, whereas others could cause unnecessary alarm when speaking with homeowners.

Regardless, this might be a customer you don’t need in the future.

Q: A customer’s house has a full basement of poured concrete. The house is less than two years old. A waste line broke outside the foundation and a Phorid fly infestation began. The waste line was repaired by inserting a sleeve into it. The break is beneath the front porch, about 5.5 ft. deep. The cold joints around the waste line and the incoming cold water line were sealed to prevent fly entry. No flies have been seen for several weeks. The builder has a two-year warranty on the house, which expires in four months. Typically, we’d require the contaminated soil be removed. It would be difficult in this case. How should we proceed?
—Ed G., Missouri

A: I would give the homeowner two choices. Option 1 would be to remove the soil. I assume this would be at the builder’s expense. An engineer might be needed for the excavation so the foundation isn’t compromised.

Option 2 would be to do nothing but draw up a new contract with the builder for an extended year or two. Then, if the seals in the basement failed, the builder would be responsible for excavation.
(Author’s Note: This question came in December 2015, when the weather had cooled, so it would be normal not to see flies until spring.) Discuss the options with the homeowners and let them decide.

Q: A homeowner is finding yellowjackets in an in-ceiling light fixture. This began in November, when the nights were cool. We’re having trouble finding an entry point because there’s no activity outside. There is a floor above this ceiling. How should we address this problem?
—Charles M., Connecticut

That’s a tough one. You’re probably seeing new queens in the light fixture. The workers in the colony should have died off for the year. You might need to wait until spring to address the problem, when outdoor activity will lead you to the entry point(s). Either light or heat from the light is attracting the queens this time of year.
The old colony site is probably between the ceiling and the floor above. You might try dusting this void through the light fixture for a possible fix.

You can reach Dr. Doug Mampe, an industry consultant, at dentomol@aol.com.

How to get yellowjackets under control

Use caution with defensive yellowjacket colonies