Can you see the termite forest for the trees? 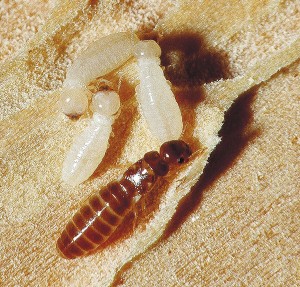 Remember the termite swarms of the past? For many years, the industry depended on termite service for more than 50 percent, on average, of its annual revenue. But in the past 25 years, that number has decreased to less than 25 percent.

However, the number of termites hasn’t really changed. In fact, research shows colonies have actually grown larger over the years. Previously active termite tunnels and old damage, when discovered, can be reinfested with different termite colonies. This means that if you’ve already controlled termite activity at an account, the environment could provide new homes for foraging termites.

Termites are still doing what they do best, but we have to do a better job of locating them.

Too focused on the task at hand

I’ve helped troubleshoot termite accounts for many pest management companies. Often, the root of the problem stemmed from technicians being so intent on performing the service they were sent to do — taking care of the existing infestation — that they weren’t looking for the signs or conditions, such as wood-to-ground contact, wet areas, deep mulch, and even tunnels or damage from termites, which could lead to future termite problems.

Baiting research in the 1980s and 90s showed that — as long as the soil temperature is above about 45°F, but not too hot or wet — termites are in the soil foraging for food. However, termites only happen upon structures because of their foraging habits. They aren’t seeking them out.

For years, the industry experimented with placing wooden stakes around the outside foundation, within about 2 ft. of the foundation. At some point, termites would locate the stakes. In many cases, the colony would be discovered before the termites discovered the structure.

Because subterranean termites aren’t swarming as frequently as they have in the past, we have to look for ways to make them swarm. By that, I mean look for ways to inspect better and more often.

To address the problem from the outset, sell a prevention service at a time when termites aren’t found, and involve the customer in the process of inspection more often. The owner is at the house every day, so install a termite monitoring system around the property with at least some monitors in plain view when the occupants leave and return, so they can see when the system has been triggered.

Install six or more devices around the house in areas where termites have been known to forage, such as on the south and north sides, mulched areas, moist (but not wet) areas, and just outside plants and roof drip lines. Explain how the devices work and ask the customer to periodically check whether any have been activated. Set up follow-up inspections.

Contributor Paul Hardy, a PMP Hall of Famer (Class of 2005), can be reached at paul@jphardy.com.