This month, we feature a question-and-answer session with Dr. Stanton Cope. The retired Navy captain and former director of the U.S. Armed Forces Pest Management Board is director of entomology and regulatory services for Memphis, Tenn.-based Terminix. In February, Dr. Cope was installed as president of the American Mosquito Control Association (AMCA), only the second pest management professional (PMP) in the association’s 81-year-history to serve in that capacity. Bill Zawicki, who served 1999-2000, was the first. 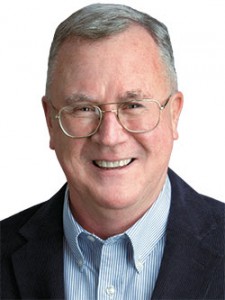 I grew up in Huntington, a small town in Indiana, and I guess I revolted against all those “be an MD” expectations a little. I ended up graduating college, but wasn’t sure what to do next. A friend told me that the grad-level entomology courses at the University of Delaware were actually pretty fun. I had taken some parasitology and entomology classes as an undergrad, so I said, OK, I’ll try it.

It was total serendipity, but I had a tremendous professor there who fostered my interest in how insects affected public health.

Well, about 15 minutes after I took over as president (laughs), we established the eight-member Zika Virus Task Force. The ZVTF is working closely with the U.S. Centers for Disease Control and Prevention (CDC) to find answers to the Zika virus. Together, we’re working on a significant public health training program, and relying on the strengths and knowledge of both organizations.

When I started as the AMCA’s Mid-Atlantic Regional Board Director in 2010, it struck me as I looked over our annual demographic survey results that we’re comprised mainly of older members. I asked about starting a Young Professionals group to help AMCA grow the next generation of members.

The real breakthrough came when I asked CDC microbiologist Kristy Burkhalter to become the group’s advisor. She’s the link between the 100 or so YP members and the board of directors, and has done a fantastic job. Industry support is off the charts. (Editor’s Note: Visit PMPPestTalk.net to learn more about this group.)

I try to keep them separate — when I’m working for the association, I am fully immersed in association work, and vice-versa for Terminix. Luckily, Terminix has been putting a lot of effort behind making my two-year transition as AMCA vice president to president-elect to president a smooth one. I think it also helped Terminix become more aware of how a pest management company plays a role in mosquito control, such as when it launched its mosquito service last year.

Sure! Dr. Walter Reed — the U.S. Army Major for whom the Walter Reed Army Medical Center is named — is credited with confirming the theory that yellow fever is transmitted by a particular mosquito species, rather than by direct contact. This happened in 1901, and changed the way public health medicine was conducted. I am both a book collector and history buff, and I’m the proud owner of one of a very few autographed reprints containing his writings on the subject.