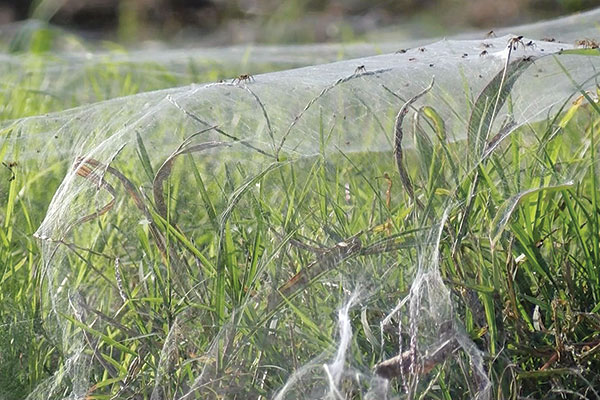 Last November, a grass spider (Agelenopsis spp.) infestation in a small neighborhood in North Memphis made national news. As well it should: Across the street from the cluster of houses is an open field that thousands of the spiders called home. For years, the spiders coexisted peacefully in the neighborhood in a long, continuous web between two telephone poles a couple hundred yards apart. But the goodwill ended last fall when one generation of spider hatchlings “ballooned”: Silky threads functioned as parachutes as they were carried by the wind. Thousands of them crossed the street, landing in yards, on porches and even inside homes.

Terminix officials saw a CNN report about the neighborhood’s ballooning spiders, and decided to alleviate the problem for free. After all, North Memphis is just a stone’s throw away from Terminix’s Memphis headquarters.

“We did a residual spray and a crack-and-crevice dust treatment wherever needed,” West says. “We also sealed cracks and crevices where we could, and recommended some lighting changes where they could be attracting other pests, which attracts the spiders.”

At press time, though, it seems the problem has been solved. “I’m elated that we were able to help them,” West says.