The truth about ant management

Here’s why, if we call it a draw, it can still be called “success.” 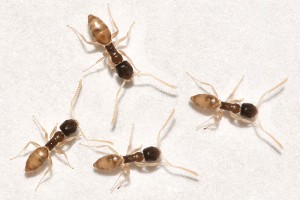 Ever wonder why ants are constantly, year after year, the No. 1 pest we handle in terms of number of accounts and those requiring additional services? By understanding why, we can at least reduce the number of callbacks.

The term ant refers to probably more than 10,000 different species, with about 30 species invading structures in North America. New species are becoming urban pests almost annually, as opposed to the house mouse, for example, which is one specific species (Mus musculus). This means it’s especially important that you’re able to recognize with which ant species you’re dealing.

Once you eliminate an ant colony, a void is created, which is quickly filled by adjacent ant colonies — or perhaps new species that were held at bay by the ants you were attempting to eliminate. As time goes by, a property’s vegetation and plant species can change, which results in the old ant species leaving and new ant species entering.

Structures inhabited by humans will always provide food, water and shelter for many ant species. The same is true for rodents. But because ants are smaller, they’re able to enter through tiny openings, from underground to roof level.

Additionally, new invasive species are showing up in many new areas due in part to shipping, landscaping and travelers. A new invading ant species may be void of natural predators and parasites. The population can grow unchecked. If you’re unfamiliar with the ant’s behavioral patterns, and have few resources to turn to, it might take years to develop a workable, effective ant management program.

Other reasons ants can be particularly troublesome include:

1. Time of service. Service might occur when it’s raining, cold or soon before or after the ants foraged. Common knowledge tells you to follow the ant trails. But a poorly timed inspection often reveals no trails.

2. Identification can be difficult. Identifying the ant species can be challenging even when using the best of keys. Many a technician does a better job properly identifying the species by observing their movement, where they’re located, and where and upon what they’re feeding.

3. Ant pheromone trails can remain active for longer than a year. This helps new ants invade and thrive. It also underscores why you should keep a record of when you find the first trails, so you know where to look in the future.

One reason for ant callbacks is the common protocol of only treating the exterior and waiting for the customer to find ants indoors before treating indoors. This is a flawed approach because some ant species, such as ghost ants (Tapinoma melanocephalum), can invade from interior slab cracks. Even the most complete perimeter barrier won’t keep them out.

With so many excellent baits available, ghost ants can easily be knocked out with a single indoor application. Dusting electrical plates helps, but it won’t stop ghost ants from arriving via potted plants and from under slabs.

Bottom line: Cookie cutter pest management does not work for all ants all of the time.

Dr. Austin M. Frishman, BCE-Emeritus Contributor and a PMP Hall of Famer, can be reached at PMPEditor@northcoastmedia.net.