The future looks bright for them both. 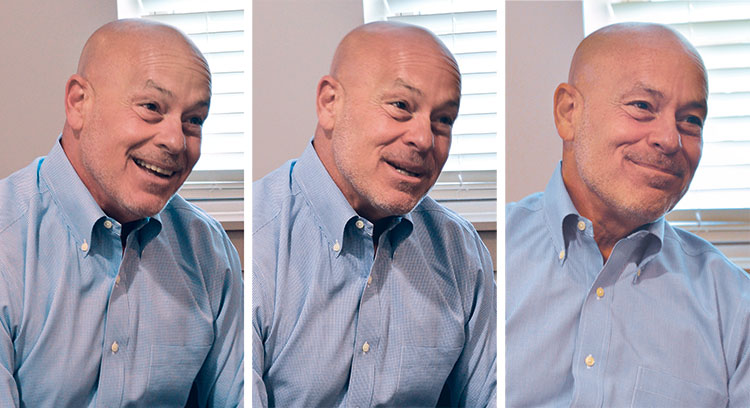 The NPMA Legislative Day in March was Bob Rosenberg’s last official event as CEO. See more of our coverage here.
Photos: Will Nepper

In 1989, Bob Rosenberg was downsized from his job … via pay phone. He was of out of résumés and out of money. He found himself applying to be a manager of state government affairs — for an association of professional bug killers.

It wasn’t exactly in Rosenberg’s wheelhouse, but he could stick it out for a year, right?

“Twenty-seven years,” muses the Pest Management Professional Hall of Famer and, as of March 15, newly retired CEO of the National Pest Management Association (NPMA). “This industry is strangely addictive.”

Rosenberg was promoted to director of government affairs in 1991, and to senior vice president in 2003. He was appointed acting CEO in October 2012, signing a contract that expired in December 2015. But replacing him was not going to be an easy task. As the interviews for his successor continued, Rosenberg agreed to remain at the helm.

“I couldn’t imagine a smoother transition, as Dominique knows the ins and outs of this organization so well,” he says of the time period of Feb. 16, when Stumpf was confirmed by the board of directors, to her first official day as CEO March 16. “But then again, what’s characterized this group overall is like no other organization I’ve ever seen. There is no drama, no politics. It’s a happy place. Maybe it’s something in the drinking water? Regardless, it’s been a pleasure helping her transition from COO to CEO.”

Rosenberg points to three recent changes the NPMA implemented that will continue to guide the association in its success:

1. The NPMA developed the infrastructure needed to be successful going forward.

“We put into place audits, committees and controls. We repealed and replaced old bylaws and constitutions with more modern ones. We reorganized staff, including transforming the Government Affairs department into a Public Policy department. That’s more than semantics; it’s a different outlook on how to approach regulatory issues on both state and federal levels.”

2. In the past 18 months, the NPMA has concentrated on offering more tangible benefits to members.

“We needed to take a step back and analyze the different needs of our 7,000 member companies. Some are $100,000 companies; others are worth $1 billion. We want to provide benefits that are meaningful and viable to them all — not just public policy or PR advice, but online training, human resources, safety considerations.”

“A lot of things we did were on a software platform created in the 1970s! We invested a lot of money in a 21st-century solution to operate much more efficiently, provide true e-commerce — as opposed to generating an email to someone who had to manually process the order — and improve the member experience, giving them more control over their relationship with us.”

With typical modesty, Rosenberg doesn’t rule out a behind-the-scenes role or consultations with the association from time to time, but for now, he’s just looking forward to enjoying his retirement.

“At the end of the day, I think we’re in a very good place to move forward,” he says. “It’s nice to have been a part of it.”