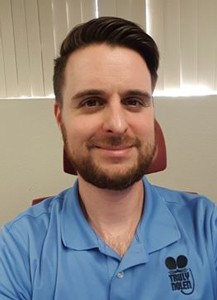 Truly Nolen Pest Control has promoted Daniel Morrow to manager of the National Commercial service office in its Tucson headquarters. This office manages pest control in all 50 states for some of the nation’s largest companies, brands and restaurants.

Morrow has been with Truly Nolen since February 2015. Previously, he spent eight years in the retail industry as a manager for companies like OfficeMax and Cycle Gear. In addition, he is a graduate of the University of Arizona with a degree in Japanese Religion and Linguistics.

Morrow’s unusual college degree, business background and proven skills following his successful time as a manager-in-training with Truly Nolen has him ready for the next challenge. “I am most excited about the full scope of the role,” says Morrow. “Every small decision made affects thousands of technicians, branches, franchises and service partners, and I feel like I am contributing to a greater cause.”

“Daniel brings a great new energy to our National Commercial division,” says Mike Tanner, manager of Truly Nolen’s District 107 Commercial. “We look forward to working with him as we continue to build our countrywide presence and streamline our processes.”