Have you heard of the Running Man? It’s a dance that originated in late 1986 to early 1987, and was performed most notably by Janet Jackson in her “Rhythm Nation” music video.

The fad again became popular during the 2016 NCAA championships, when players from the University of Maryland danced to the tune of the 1995 song “My Boo” by Ghost Town DJs. Since then, social media users, athletes and celebrities have been posting Running Man videos of their own, dubbing it the Running Man Challenge — or #RunningManChallenge.

Orlando, Fla.-based Heron Home & Outdoor has embraced the challenge by creating a Running Man music video. Various pests and wildlife take over a home after its owner leaves and break out into the Running Man dance.

Watch as raccoons, flies and cockroaches complete the challenge. 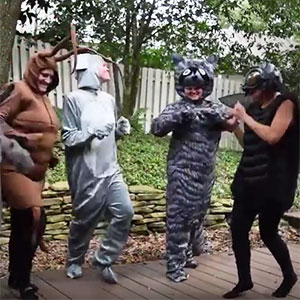 Find out how well you know flies