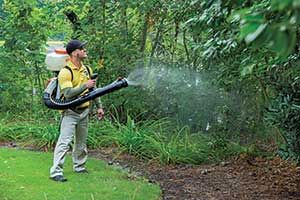 For those new to the mosquito control game, the question you’re most likely to get this summer is, “Should I be worried about Zika?”

That’s the message the National Pest Management Association (NPMA) shared at a webinar in May called “Zika: What you should know.”

“In certain areas of the country, it simply will not be an issue,” says Cindy Mannes, vice president of public affairs for NPMA. “So, our message is to not use fear tactics and to try not to scare people.”

The last day of May brought the first reported U.S. case of a child with Zika-caused microcephaly, a birth defect linked to the virus. In another high-profile case, Francisco Rodriguez, a pitcher for the Detroit Tigers, announced June 1 that he’d battled Zika for eight months while spending the offseason at his home in Venezuela. The illness affected part of his offseason training.

In fact, Zika has been here for months. As of June 8, the Centers for Disease Control & Prevention (CDC) said 691 travel-associated cases had been reported in the U.S. The only states that haven’t had a case are Idaho, Wyoming, North Dakota and South Dakota. In U.S. territories, there had been four travel-associated cases reported and 1,301 locally acquired cases. The majority of those cases come from Puerto Rico.

The good news is the U.S. has not seen any locally acquired cases yet, meaning there is still time to control the disease in the states. The bad news is peak mosquito season is hitting now.

As mosquito control is a rising trend in the landscape industry, contractors new to the offering might not have experience fielding questions about potential outbreaks.
Here are a few questions you might be asked about the recent uptick in the Zika virus, covered during the NPMA webinar presented by researchers and professors of entomology, a member of the CDC’s Zika task force and a panel of pest management company owners.

What is Zika?
Zika is a viral disease spread primarily through the bite of an Aedes species mosquito—such as the yellow fever mosquito and the Asian tiger mosquito—that is infected with the Zika virus.

Aedes mosquitoes are the perfect contractors of diseases like Zika, says Laura Harrington, Ph.D., professor in the Department of Entomology at Cornell University.

“They have a preference for humans and are stealthy biters,” she says. “Their habitats (also) are typically in close association and contact with humans.”

By “stealthy biters,” she means the bites often aren’t felt or anticipated until after the bite. Additionally, people typically associate mosquitoes with evenings and nights, but these guys are daytime feeders.

The virus can be transmitted other, less likely ways, such as sexually and through blood transfusions. Pregnant women or women planning to become pregnant should be most concerned, says Joe Laco from the CDC’s Zika Response Team.

“Zika virus can pass from a pregnant woman to her fetus during pregnancy or around the time of birth,” he says, noting the infection in pregnancy can cause microcephaly and other brain defects. Microcephaly is a birth defect in which a baby’s head is smaller than expected when compared to babies of the same sex and age. Health officials say the virus is also likely a trigger for Guillain-Barré Syndrome (GBS), which affects a small portion of the infected. GBS is a rare illness in the nervous system in which the immune system damages the nerve cells, causing muscle weakness and other issues.

How do I know if I have it?
Zika symptoms are similar to flu symptoms. They include fever, rash, joint pain, conjunctivitis (red eyes), muscle pain and headache. Still, one in five people with the disease won’t show symptoms, the CDC says, though it’s in the blood stream for up to a week. Cases are often diagnosed through blood tests.

“Many people infected with Zika virus won’t even know they have the disease because they won’t have symptoms,” says Laco. “For those who do have symptoms, they are (typically) mild and last for several days to a week.”

Right now, there is no medicine or vaccine that treats the Zika virus. The CDC suggests infected people treat the symptoms with rest, acetaminophen to reduce fever and pain, and fluids to prevent dehydration. The NPMA reminds lawn and pest professionals they may be an authority on mosquito biology and control, but they are not doctors.

“We’re mosquito experts; we’re not disease experts,” Mannes says. “So it’s really important to talk about mosquito control, not the disease itself. For the disease itself, (clients) really need to talk to the CDC or the departments of health. That’s their expertise.”

Be aware of mosquito life stages