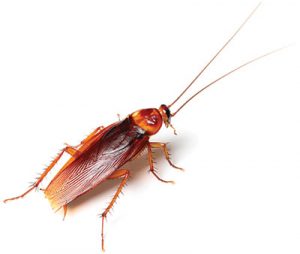 Some American cockroach infestations will likely continue on in perpetuity.

We teach and preach pest elimination as our goal. We must seek out the source to achieve this. I often tell pest management professionals (PMPs) to start with four questions:

There are some situations where the first two questions are the easy part, but the last two can be far more difficult to resolve. The reasons may vary, but if the cost and inconvenience of complete eradication are too high a number, it becomes impossible.

I have fought ongoing American cockroach (Periplaneta americana) populations in large apartment and office buildings, as well as hotels and pharmaceutical plants. In some situations, the cockroaches had been there at least 50 years before I became involved. And they will be there for the next 100 years or as long as the structure stands.

Picture a large hospital, more than 50 years old. Nearly every night for more than a year, 25 to 50 American cockroaches were observed in the kitchen on the ground floor. None were seen during the day. Normal pest management procedures, such as weekly service, were not working.

An inspection revealed a large crawlspace area expanding over the majority of the building. The area requiring treatment could be accessed by dropping down through a trap door to the basement directly below the kitchen.

The infestation that was encountered was beyond what’s normally expected: At least 100,000 American cockroaches were visible on vertical pillars and the horizontal surface of the floor.

The floor itself was not visible, but covered with raw sewage more than a foot deep. When some of this crust was touched and lifted, thousands of different-sized nymphs scattered. Wherever the break in the sewer line was, it wasn’t visible.

A baiting technique can help you control thousands of cockroaches — but it doesn’t put a noticeable dent in the nymphs harboring in the crusted sewage. One might also find dead rats that have been chewed upon by the cockroaches.

The situation was reported to the appropriate hospital personnel, but no action was taken to correct it. From their point of view, it’s cheaper and less complicated to simply have you (or perhaps a different PMP more willing to “compromise”) continue to treat the area.

Neither snow nor landfills…

One snowy day in Waltham, Mass., I was conducting a training session about how to bait for rodents on landfills. There was already at least 4 in. of snow on the ground, and more on the way. To keep dogs and other non-target pests from reaching the bait, we were pulling the snow off the landfill and attempting to place the rodent bait into voids on the landfill. (In those days, tamper-resistant stations were not even a consideration.)

As we pulled the snow away, adult American cockroaches began to emerge and scatter. This kept occurring in different locations along the surface of the landfill. You could feel relatively warmer temperatures emitting from the cockroach harborage. The snow and cold were doing very little to curtail this thriving cockroach population.

In the warmer months, a portion of these cockroaches — primarily adults — would migrate into nearby neighborhoods, and an ongoing replenishing population would spring from the landfill.

The best we could do was to bait the crawlspaces on a regular ongoing basis, knowing this problem would persist for decades, or until the structures were torn down.

A luxury hotel is demanding (and getting) top prices for accommodations. Yet occasional sightings of one or two adult American cockroaches are showing up in different areas in the bedrooms and bathrooms. It’s been going on for several years, with no end in sight.

Three different entomology consultants already have inspected the premises. Cooperation between the PMPs and hotel staff is excellent. Sanitation is very good. Access ports were created into every major pipe chase area where cockroaches were found.

Pest management services are provided day and night. Any needed extra service is always available. Supervisory people from the pest management company visit at least weekly with hotel personnel. Sticky trap monitors occasionally catch a specimen, and it’s always recorded when and where. They review all pest sightings recorded for the week, then try to analyze why and what to do.

The company posted a technician at night to watch the loading dock. He observed a few cockroaches walking into the building from the exterior. Even infrared cameras were set up to monitor for action in some mechanical rooms.

Everyone agrees they’re at a stalemate. Something more needs to be done, but what?

The pest management company theorized the cockroaches are coming from the sewer, and are now well established in piping — both used and cut-off pipes still in wall voids.

This theory happens to be correct. But let’s be realistic: Is the hotel going to rip open the walls and remove all of the unused piping, and cap the piping that needs it? Is the city going to take a positive step and begin treating its sewers on an ongoing basis? The answer is, of course, a definite no to both questions.

I gave the pest management team some suggestions to help capture escaping cockroaches, via baiting on glue boards and using a fan to draw the cockroaches to the boards. A power dusting treatment of sewer lines and other pipe areas with a pyrethrum-based desiccant dust will set the cockroaches back, but it won’t eliminate them. With the use of steam and/or colored smoke, they might be able to better locate holes in existing piping and repair them. But as the building continues to age, new cracks in pipes will occur.

Realistically, the infestation will continue in spite of all of the efforts implemented. It will minimize sightings, but not eliminate the problem.

Now that I’ve probably thoroughly soured you on ever taking on another American cockroach customer, know that you can learn from situations such as the ones described above, and possibly prevent having one or more of them among your accounts. Here are some measures to consider before drawing up the next contract:

When it comes to American cockroaches, sometimes a draw without total elimination is still a victory — albeit a bittersweet one.

In natural environments, cockroaches know when to move away from low-lying areas and head for higher ground. In Bermuda, for example, when cockroaches cross the road heading for the hills, the residents know it is going to rain.

The same is true in storm drains, catchbasins and sewers throughout the world. On a warm evening, you can see them streaming out of these areas before it rains. They may normally come out to seek food, as well.

In the South, during hurricanes, American cockroaches can be blown out of trees. When large palms are torn from the trunk, they can expose a once-secure harborage. Now they must scatter and seek new shelter.

If screening on attics, louvers and vents are missing, the cockroaches will take full advantage. Naturally, in the immediate aftermath of a hurricane, cockroaches are not a top priority. Months later, though, they rise to the top of the list as residents notice them in their homes.

Contributor Dr. Austin M. Frishman, a PMP Hall of Famer, can be reached at PMPEditor@northcoastmedia.net.