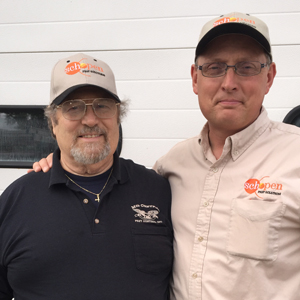 After working for Orkin for three years and becoming one of the founding members of the $100,000 Sales Club, Schopen, 69, founded Mid Central in 1974. Today it’s run by his son Drake; son Pete Jr. is founder and president of Schopen Pest Solutions, and is the “Start-Up Diaries” columnist for Pest Management Professional (PMP) magazine.

See Schopen Jr.’s tribute to his dad in the October 2015 issue.