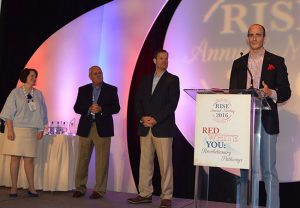 1. From left to right are: Karen Reardon, vice president of public affairs for RISE (Responsible Industry for a Sound Environment); Dan Stahl and Jonathan Sweat, RISE’s outgoing and incoming chairmen, respectively; and Aaron Hobbs, the organization’s president. The trio of leaders recognized Reardon for her 20 years of service to the industry, the past 10 years with RISE and preceding 10 years with CropLife America. 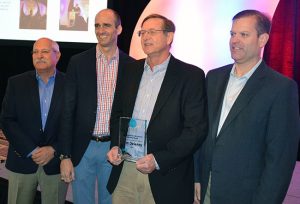 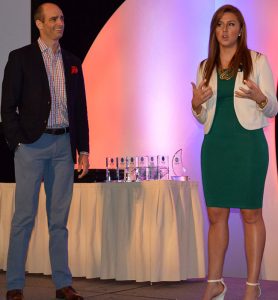 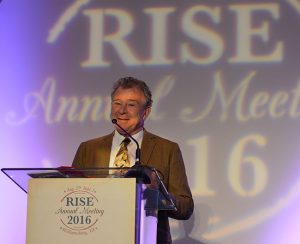 4. David Crow, president of D.C. Legislative and Regulatory Services, put at ease the 200 attendees of RISE’s annual meeting by reminding them of crazier political times the country has survived. 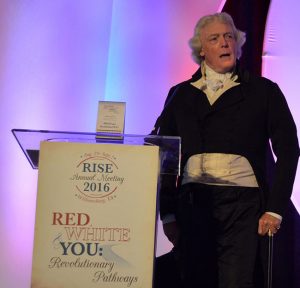 5. A likeness of American Founding Father Thomas Jefferson reminded RISE members: “The world is indebted for all triumphs which have been gained by reason and humanity over error and oppression.” 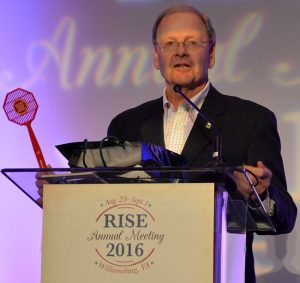 6. Jay Vroom, president and CEO of CropLife America (CLA), shows off the red fly swatter CLA introduced 20 years ago with the passing of the Food Quality Protection Act. CLA revived the swatter about a year ago to remind regulators and legislators to swat away policy proposals impacting pesticides when the proposals are not based on sound science. 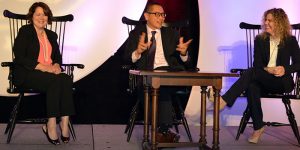 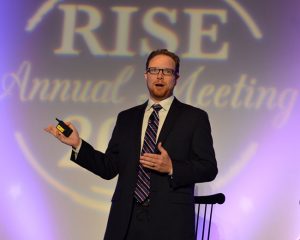 8. David Wasserman, editor of The Cook Political Report, warned RISE members to curb their governmental expectations the next four years due to the country’s polarized political parties and questionable presidential candidates. 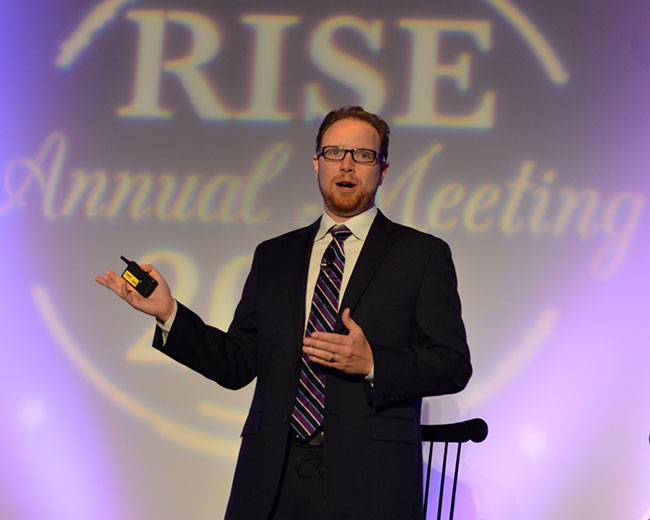