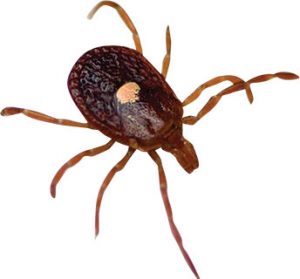 A tick’s range can change and expand over time, particularly with migrating birds, and deer that have been relocated or restocked.

Imagine a community with a large park that cordons off a portion of it for domestic dogs. The dog park area becomes a social area, with people bringing their dogs to walk before or after work. And now, one tick-infested dog can spread ticks to other dogs and thereby many households.

The distribution and abundance of white-tailed deer, the primary host for the Lone Star tick species (Amblyomma americanum), play a major role in the increase of ticks. For much of the 19th century, these deer were extremely abundant and hunted for meat. By 1890, however, the population was so sparse that it was difficult to find any deer from the Rockies east. As a result, the U.S. government restricted hunting and instituted game conservation programs, and the population rebounded exponentially. As of 2012, there’s an estimated 30 million white-tailed deer coast to coast.

Wild turkeys play a role, too. They are the preferred host for Lone Star tick larvae and nymphs. Compound this with dense underbrush woodland, and you have your answer as to why Lone Star tick populations can thrive.

When I was a child growing up in the late 1940s and ’50s, turkeys were present but hard to spot. In the l980s, I rarely saw any. By 2010, thanks to range expansion and conservation efforts, I could find 15 to 20 turkeys on our property in upstate New York on any given day.

Lone Star ticks were once restricted to Texas, Oklahoma, Missouri and the Gulf Coast. They are now found as far north as Michigan, Wisconsin and Maine. Their numbers are particularly abundant along the East Coast.

You know the control program is less than perfect when it includes “restrict access from heavily tick-infested habitats.” Check yourself and children for ticks after walking in suspect areas. Alter the landscape to increase penetration of sunlight and lower the humidity.

Treat the perimeter with sprays or granules, and be aware that controlling ticks can be more difficult than controlling most insects.

Fortunately, there are some effective repellents (look for between 22 and 28 percent diethyltoluamide, or DEET), but I do not recommend they be applied on children. You can also purchase some clothing with permethrin impregnated in it.

Most ticks are located within 3 yards of the lawn perimeter, especially along woodlands, stonewalls or ornamental plantings. But what happens if you don’t cut the grass around the swing set frame?

Cyfluthrin, bifenthrin and carbaryl are registered for tick control outdoors. Your success rate is going to vary with the tick density, the number of new habitats available for the ticks to seek harborage and how many infested turkeys, deer and other hosts move through the area.

Special thanks go to Dr. Michael Dryden, University Distinguished Professor, DVM, of Kansas State University. Dr. Dryden is an expert on ticks and fleas who presented much of this information at the Purdue Pest Management Conference in January 2016. 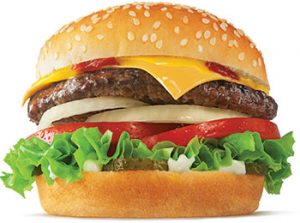 The list of all the associated diseases with this tick species is too long to cover in this column. Simply put, cats, dogs and humans can be adversely affected. Ehrlichiosis, a Lyme disease-like infection; Rocky Mountain spotted fever; tularemia; and Heartland virus are all known. A lesser-known problem, though, is red meat allergy in humans.

Imagine eating a steak or hamburger, and three to six hours later you experience swollen hands — which feel like your skin is on fire — or you break out in hives. Here is how it works:

Contributor Dr. Frishman, a PMP Hall of Famer, can be reached at PMPEditor@northcoastmedia.net.